Is it time for the 6G connection?

Despite the recent introduction of 5G worldwide, China has already started its path towards 6G. China’s Ministry of Science and Technology recently announced that it has formed two teams to oversee the research and study of 6G connectivity, thus marking the official start of a state-backed effort to accelerate technology development.

One of the teams is made up of government departments that will be responsible for driving the implementation of 6G technology, while the other is made up of 37 experts from universities, scientific institutions and corporations, who will provide technical advice for key government decisions on 6G.

While 5G is known to have data transmission speeds at least 10 times higher than 4G, it is too early to say how far 6G will go.

However, the 6G technology market is expected to facilitate major improvements in the areas of image analysis, presence technology, and location awareness. Working in conjunction with Artificial Intelligence, 6G’s computing infrastructure will, for example, be able to autonomously determine the best location for computing to occur. This includes decisions about data storage, processing, and sharing.

Advantages of 6G over 5G

The term 6G refers to the sixth generation of wireless technology. Through which it is proposed to integrate advanced features into existing 5G technology to meet individual and group level goals. Some of the 6G services include holographic communications, artificial intelligence, high precision manufacturing, new technologies such as sub-THz or VLC (Visible Light Communications), 3D coverage framework, terrestrial and aerial radio APs to provide cloud functionalities, etc.

6G connectivity is expected to support speeds of 1 terabyte per second (Tbps). This level of capacity and latency will be unprecedented and will extend the performance of 5G applications along with expanding the scope of capabilities in support of increasingly new and innovative tools in the areas of wireless cognition, detection and imaging.

The higher frequencies of 6G will enable much faster sampling rates as well as significantly better performance. The combination of Sub-mmWave and frequency selection to determine relative electromagnetic absorption rates is expected to lead to potentially significant advances in wireless detection solutions.

In addition, while the incorporation of Mobile Edge Computing (MEC) is a point of consideration as an addition to 5G networks, MEC will be integrated into all 6G networks. Perimeter and central computing will be more easily integrated as part of a combined communications/computing infrastructure framework by the time 6G networks are implemented. This will provide many potential benefits as 6G technology becomes operational, including improved access to Artificial Intelligence (AI) capabilities.

In addition, this technology will offer a number of benefits that may provide the necessary impetus for its implementation.

In spite of its virtues it also has disadvantages

Being a technology that is currently under research and development, it is difficult to extract proven inconvenience or disadvantage, however, when describing its objectives, one can predict what its weakest points will be.

Will the 6G be here soon?

The 6G is expected to be launched commercially in 2030.  It is a technology that is being developed in response to the increasingly distributed radio access network (RAN) and the desire to take advantage of the terahertz spectrum (THz) to increase capacity and reduce latency.

While some initial discussions have taken place to define 6G technology, research and development activities will begin in earnest in 2020. Many of the problems associated with deploying the millimeter wave radio for the new 5G radio will be resolved in time for network designers to address the challenges of 6G.

In addition, 6G wireless sensing solutions are expected to selectively use different frequencies to measure absorption and adjust frequencies accordingly. This is possible because the atoms and molecules that emit and absorb electromagnetic radiation at characteristic frequencies and the emission and absorption frequencies are the same for any given substance. 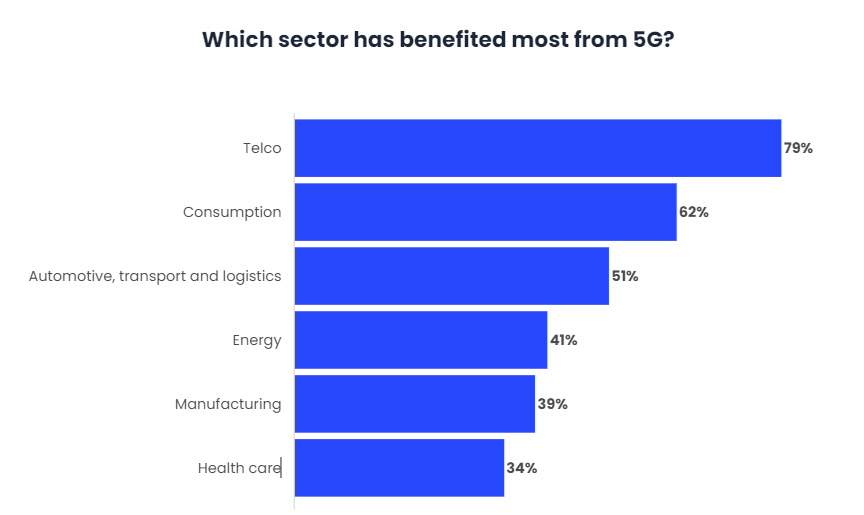 According to the latest reports the 6G will have major implications for many government and industry solutions in public safety and critical asset protection, such as:

Will other technologies be necessary for its implementation?

More than ever, the sixth generation of cellular wireless communications will integrate a set of previously disparate technologies, including Deep Learning and Big Data analysis.

The need to implement state-of-the-art computing to ensure overall performance and low latency for ultra reliable communications solutions is an important driver for 6G, as is the need to support machine-to-machine communication on the Internet of Things (IoT).

In addition, a strong relationship has been identified between future 6G solutions and High Performance Computing (HPC). While some of the IoT device data will be handled by edge computing resources, much of it will require processing by more centralized HPC resources.

Who’s working on the 6G?

The race to 6G will draw the attention of many components of the industry, which may mean that the race to achieve 5G supremacy seems less than the wait to see which countries can dominate the market for 6G technology and its related applications, services and solutions.

For example, the University of Oulu in Finland has begun its journey with a 6G research initiative called 6Genesis. The project will be carried out over the next eight years and is expected to have it developed by 2037.

On the other hand, the South Korean Electronics and Telecommunications Research Institute is conducting research on the Terahertz band for 6G and expects it to be 100 times faster than 4G LTE networks and 5 times faster than 5G networks.

As for the providers’ commitments to 6G, the major mobile phone infrastructure companies have already announced that they have initiated research and development around this technology, however, they have not yet published their progress.

Despite not having culminated in its expansion, 5G technology has continuously exposed its inherent limitations, compared to its original premise as an Internet enabler in all applications.

These drawbacks have involved a stimulation of activities focused on defining the next generation (6G) wireless system, which can actually integrate long-range applications from stand-alone systems to extended reality.

However, despite all the initiatives that have recently emerged around 6G, the key architectural and performance components of the technology remain largely undefined.

Despite this, 6G will not be a mere exploration, it is expected to be a convergence of upcoming technology trends driven by exciting underlying services.