With a growing middle class, booming manufacturing exports and strong ties with the U.S., Mexico is poised to become a major economic powerhouse – and Softtek’s President and CEO Blanca Treviño will be discussing this fascinating development at the Milken institute Global Conference 2016, taking place at the Beverly Hilton in Los Angeles, California on May 1 through 4, 2016.

More than 3,500 people from 55 countries and 45 states will gather for discussion across 11 content tracks, with the overarching theme exploring “The Future of Humankind.”  Among top names the event includes Former US Vice President Al Gore, Former British Prime Minister Tony Blair and Actor Tom Hanks. 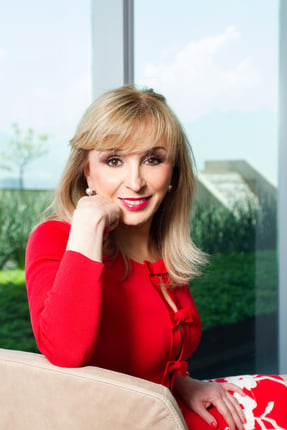 Treviño will be speaking at the following sessions On Tuesday, May 3rd:

In its 19th year, the Global Conference 2016 will feature more than 700 speakers, including major investors, CEOs, senior government officials, scientists, educators, philanthropists and journalists, will take part in 200 sessions at the conference.