Will China Be a Drag on the Nearshore? 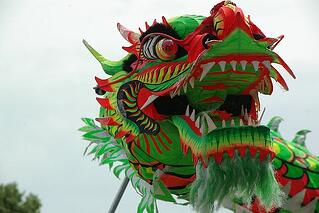 News from China reports that the big country's IT outsourcing industry increased its revenue by more than 30% in 2011. Not surprising. What's notable is that the country's software exports grew by 18% (to $30 billion). Software outsourcing in general jumped by 40%. Clearly China is on a roll when it comes to software development and convincing the rest of the world that it can do more than crank out smartphones and phthalate-free Floating Speedy Bath Ducks.

What does this mean if anything for Nearshore software providers? Does it mean that instead of hearing potential customers say "We can do software for less in India or the Philippines or Eastern Europe" they will now more often be hearing "We can do it for less in China"?

China was ranked as the number 3 alternative to India by KMPG in its Outsourcing Location Analysis 2011 report, right behind the Philippines and Poland. "Chinese investment in infrastructure, education and its general business friendliness and predisposition to the outsourcing industry further strengthen their offering," the analysts say.

"China is clearly developing quickly and its rate of development is likely to be exponentially higher than other outsourcing locations."

And then get this: "For a ‘future proof’ alternative to India for back office data support, technical helpdesk and IT applications services, China would be the recommended location of
choice today."

Sourcingline put China at number 3 on its list of top outsourcing countries. The nearest Latin American representative was Chile at 14.

Those of us who believe that cities lead the way to tomorrow appreciate rankings like the Tholons Top 50 Emerging Outsourcing Cities list. (Sorry, bumpkins, but Pawnee will never be a harbinger of IT outsourcing's future.) Chennai and other Indian towns dominate the top sector, but number 8 is Shanghai and 10 is Beijing. (Closest Nearshore spots are Buenos Aires and Sao Paulo at 14 and 15, not bad at all.) Tholons notes Shanghai's "excellent infrastructure," "high level of education," and growing IT exports. Labor prices are 30% higher than smaller China cities but that doesn't stop "most IT and BPO big wigs" from operating there.

Chinese developers are now going after the more interesting creative work as well as the boring back-office stuff. According to a report from the Australian Trade Commission (China is kind of like the Aussies' Nearshore), "10 first or second tier Chinese cities have established creative industry development hubs, which mainly focus on digital content, mobile content, games and applications, and animation, etc." First they come for your boring back-office tasks, then next thing you know . . .

My colleague Dan Berthiaume put together a good LatAm vs China synopsis that fairly shows the Nearshore maintaining an ITO/BPO edge. But when you're talking about a country with China's massive resources, even with its massive problems, things could quickly change.

As Dan notes, language is still a heavy Nearshore advantage. But China is increasing the teaching of English. KPMG says the country will have more English speakers than any other "within the next few years." And if you've been to China, you know that English proficiency seems like it's already pretty high among the business class, even down to adopted American first names like Teddy and Delores. That's one way to leap across the cultural gap.

One thing that should never be overlooked is China's capacity for inventiveness. Everyone knows Chinese invented gunpowder and noodles, but they also invented the printing press (Gutenberg got to it about 400 years later), papermaking, hydraulics, hand grenades, the compass, the toothbrush, matches, treatments for diabetes, civil service exams, and the list goes on, and quite extensively.

It would not be surprising to find out that China also invented outsourcing.