Cross-platform or Native? Which takes the cake? 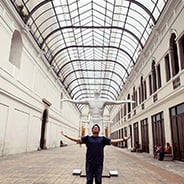 Let me guess; you’re a mobile developer, and it's time for you and your team to decide on the coding technology you’ll be using for your brand-new project. You may be looking into learning a new skill and therefore think, “Maybe I should try to use a new library or framework, just to see what it’s like… .” Or maybe it's the other way around; you're confident with your skills and think to yourself, “I’ll just use what I already know, that's always worked for me… .” And then, it dawns on you: the decision you make will impact every single aspect of the project from here on out.

You’re not alone in that decision. Many developers have to answer the "Cross-platform or Native?" question. Adding to the stress, when you take into account that in today’s market, designing a good quality app and deploying it as fast as possible could be the difference between a groundbreaking success and a total failure. So, which is it? Is there a correct answer? To answer, let's deep dive into our dilemma by explaining what our two options entail.

Let's first explore the idea of a “native application.” A natively built application is a piece of software developed with a specific platform or operating system in mind and  built using that platform's officially released development framework and software development kit (SDK). Usually, these tools are developed by the same creator. Since these applications are built to interact with a specific system, they typically have access to “lower-level” functionalities and can better manage hardware interactions. A few good examples of native development frameworks are:

Perks of being Native

A few perks of native development include:

What if I don't have a team of developers specializing in different coding languages? Or what if my delivery date goal is too aggressive, and I do not have the time to do one project for each platform? A cross-platform framework could be the solution. A cross-platform developed mobile app uses a single code base that can be implemented in multiple platforms or operating systems. To achieve this, they mainly use two different methods:

These have become incredibly popular in recent years, especially with web-based app developers, due to their popular programming languages (like JavaScript or C#). A programmer who previously knew nothing about mobile development can quickly learn the basics without worrying about a coding language barrier. A few good examples of cross-platform mobile frameworks are:

What do I get when developing cross-platform?

Some of the characteristics of cross-platform development include:

So, which one is better?

While you may have expected a straightforward answer, the reality is that both development solutions are useful in certain circumstances. Just like you wouldn’t use a hammer to tighten a bolt, you’ll have to understand that the use of “the right tool for the right job” is essential for developers. But here's a quick recap...

Use a “native” development framework when:

Once you implement these conditions into your decision-making process, the right option will become clearer. With this in mind, we hope you feel equipped to choose the right tool for that new project.