In the past few weeks, I have posted a couple of articles on how heavy debt loads of Greece and other countries in the EU could potentially create new low-cost BPO destinations that would 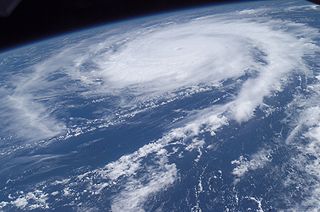 compete with nearshore providers. Now some experts are saying that European debt is but one aspect of a larger “perfect storm” that may lead to a global economic bust similar to the one that occurred in 2008, and which quite frankly the world is still recovering from.

As reported by CNBC, noted economist Nourel Roubini says a four-pronged perfect storm is brewing that will cause a new global economic slowdown next year. In addition to mounting European debt, Roubini says the storm is also being created by slowing growth in the US, a slowdown in China and other emerging markets, and the potential for military conflict in Iran.

And as opposed to 2008, when policymakers across the world were able to avoid a full-scale economic collapse by pumping money into their economies, Roubini says this time there are no “policy bullets” to help matters. Roubini, colloquially known as “Dr. Doom,” is famous for correctly predicting the 2008 economic crisis.

The Doomsday Scenario
Okay, so the experts are often wrong, and if you predict catastrophe long enough eventually you will be right. So while Roubini’s prediction of a 2013 global economic crisis may not come true, the factors he cites cannot be casually ignored, either. Certainly the potential for economic difficulty, if not outright calamity, exists. So what type of effect would a 2013 economic crisis have on nearshore BPO?

Obviously, an economic slowdown affects all industries, and nearshore BPO would naturally take a hit as well. Stagnating wages and high unemployment rates in the US would create an onshore labor force more attractive to employers, lessening the need for nearshoring or offshoring. And two of the nearshore’s largest outsourcing specialties, call center and software development, would both suffer.

In the case of call center, an economic slowdown (or crash) would result in fewer customers buying fewer products and registering fewer complaints, resulting in fewer call center agents working in fewer call centers. And in the case of software development, many high tech startups would close their doors and even the larger, more established IT firms would scale back R&D efforts and delay or cancel new releases. But the “doomsday scenario” does not have to spell actual doom for nearshore BPO.

In this scenario, nearshore BPO providers would be best served by focusing on low-level transactional services, such as accounts payable (there would be many late and incomplete payments to process), and on manufacturing services. While manufacturing undoubtedly would slow considerably, so too would efforts to “reshore” offshore manufacturing jobs, as reshoring involves considerable upfront expense that most companies would probably want to avoid. Thus whatever manufacturing was still occurring would remain offshore at least until the economy improved.

Forecasting the future is tricky business, and nobody has ever come close to 100% reliability (unless you believe in Nostradamus). But all the factors Roubini cites exist, so it would be wise for nearshore BPO providers to create some contingency plans in case the “perfect storm” does indeed strike.