US legislation could hit Mexican exporters reliant on pirated software

Software piracy rates are a global concern, and Latin America is no exception. According research from the Business Software Alliance (BSA), piracy rates range from a low of 53% in Chile to a high of 88% in Venezuela. The two largest economies, Brazil and Mexico, are believed to have rates of 53% and 57%, respectively. 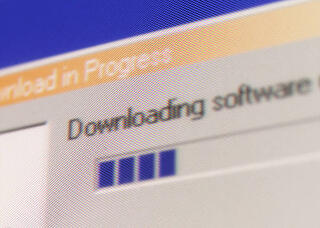 Mexico’s Institute for Competitiveness has noted that, given the country’s reliance on exports to the United States, the high rates of piracy could soon expose manufacturers to unnecessary risk if unfair competition laws are implemented and enforced. It is estimated that the value of pirated software in Mexico exceeds 5.7 billion pesos, or about 442 million dollars.

The reason for the increased risk is the possibility that individual US states could begin to legislate and more rigorously enforce laws against unfair competition. So far, Louisiana and Washington have laws in place requiring that all companies exporting to them use licensed software – though similar legislation is being proposed in 39 other states.

If such legislation were to pass in the majority of US states, enhanced enforcement would have immediate repercussions for Mexico’s export sector, given that more than half of all Mexican businesses are dependent on some sort of illegal software. Texas and California alone represent 30% of the Mexican export market. However, analysis by the American Constitution Society questions whether large-scale enforcement is possible.

That said, the Institute estimates that should all Mexican companies who are reliant on illegal software be cut out of the US market – a purely hypothetical, and far-fetched conceit – the Mexican economy could stand to lose 4% of its GDP, or 359 billion pesos (about 27.9 billion dollars) with a direct impact on 500,000 workers. The sectors with the greatest dependence on pirated software are machinery and equipment, metallurgy, electronics, petroleum, automotive and transportation.

Within automotive, the Institute estimates that illegal software boosts earnings by about 0.13%, or 4 billion pesos (310 million dollars). However, compliance costs would not be that onerous. Within electronics, for example, licensing software would only cost 12 million pesos (930,000 dollars), or a minimal 0.01% of income.

And the Mexican state hit the hardest? Coahuila, which ships 30% of its exports to the United States, and has 20% of its workforce dependant on that market. More generally speaking, the Institute estimates that 62% of Coahuila’s productive economy is in some way connected to the US market.

Of course, this is not a new problem. Microsoft has been calling attention to this for years. Back in 2011 the company’s associate general counsel David Finn, wrote on the company’s blog making specific accusations that profits from pirated software were supporting organized crime in Mexico.

In its 2012 special report on Mexico, the International Intellectual Property Alliance (IIPA) recommended that Mexico remain on its Watch List, stating that “piracy in Mexico is widespread”, with a specific call out to “unlicensed use of software in corporate and government settings.”

IIPA noted that piracy was growing in Mexico as more and more citizens had access to broadband Internet, and that the country had no secondary ISP liability law and no formal takedown procedures. Some private companies, such as Google – its “blogspot” service is a popular site for moving pirated content – have responded, but the takedowns are slow and “not a very effective remedy”.

The trend is toward a reduction in piracy, but the movement is glacial.   The BSA has reported that software piracy rates in 2009 were 60%, and in 2010 58%. So, to arrive at 57% is a shift in the right direction, but hardly earth shattering: it may take the long arm of law in the United States to finally bring Mexican businesses onside.