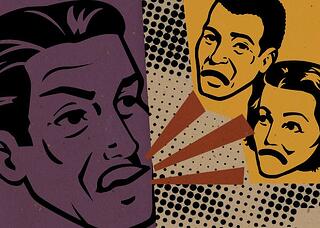 "The world is full of complainers," as the sociopathic private eye says in the opening monologue of the great Coen Brothers movie Blood Simple. And apparently the attendees of the recent InfoSec Europe conference in London can be included among them.  Their complaints are about their outsourcing providers.

Their biggest single complaint? Cost overruns. In a survey conducted at the gathering of IT security professionals by Lieberman Software (provider of identity management solutions), 42% said their outsourcing deals had cost more than originally specified. Of that surprised group, 16% said costs were "significantly more" than expected. On the happy side of the ledger, 9% said things cost less than they'd planned. About half said things ended up as bargained for.

The more disturbing figure, though, is this: 64% believed their IT outsourcer had "made up work to earn extra money." Yikes.

That, however, is good news in a way, because when Lieberman posed that issue a year earlier at InfoSec and another security conference, the number of IT staffers who said outsourcers invent work for profit was 77%. So, a decrease in distrust, or an increase in trust, or a decline in dishonest IT providers – whichever it is, it's progress.

One other troubling aspect of the InfoSec survey is that only half of the respondents said they trust the quality of the work of their IT provider as much as they trust the work of their own IT crew. About a third said they trust outsourced work less than in-house. This is not surprising, really. It's natural to be suspicious of work done by outsiders, especially ones perceived as competitors. But it's a  high enough percentage that it suggests some IT service providers have a job ahead of them in terms of proving they do quality work. You certainly don't want that many customers thinking your work is mediocre at best – especially when other surveys are showing that ITO customers want their provider to bring something special to the party, or really special, like innovation.

These surveys are interesting because it's hard to get people to speak – on the record – about their outsourcing experience. The people who are willing to talk are generally happy campers. Exceptions, like the CIO in Texas who fired IBM after its monumental "outsourcing disaster," are rare.

What's important, though, is that the complainers, the ones who don't trust the work of their outsourcing provider, get that message across to their provider. Checking a negative response on a survey is one thing, and it's great to share those sentiments, but calling your account manager or senior development guy and being politely direct about unhappiness with costs or quality is what gets results.

And if it doesn't, well then, try talking to the press. That's one way to generate community awareness around critical issues that affect clients as well as providers. Outsourcing operates far enough in the shadows as it is.