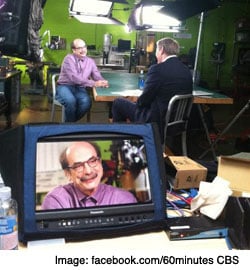 What makes an organization successful? Last Sunday’s edition of 60 Minutes featured two pieces that provided me with some answers.

The first was Charlie Rose’s piece on David Kelley, the founder and Chairman of IDEO an award-winning global design firm. Throughout the interview Kelley explained the concept of Design Thinking, which consists of applying a human-centered approach to problem solving of any sort, from new products or services, to revolutionary new business models.

I have been a longtime fan of IDEO, its CEO Tim Brown, and the work of David Kelley and his brother Tom, IDEO’s general manager and author of two fantastic books on innovation: The Art of Innovation and The Ten Faces of Innovation. What resonated most with me from the 60 Minutes piece was the reminder that design and innovation must be a collaborative process. It’s about adding and complementing one idea with another; it’s about looking at the problem from different angles and different points of view. It’s about teamwork, which, according to Charlie Rose, has made IDEO “maybe the most influential product design company in the world.”


Teamwork may have been a more obvious topic in the second story on that episode of 60 Minutes, when they featured a story on La Masia, the Barcelona Football Club’s soccer academy. Barcelona’s football (as soccer is referred to everywhere in the world except for the U.S.) club has been the most successful professional sports team of the last decade. Some even claim that today’s generation of El Barça—as fans affectingly call the team— may be the best football team in history.  “When Barça plays at its best it’s like watching a ballet; poetry in motion,” said CBS’ Bob Simon. Over the last 4 years, the team has won 14 out of 19 possible trophies.

La Masia is an academy that receives kids as young as 7 years old, and provides them with an education, while teaching the Barça way of playing football. In the past seasons, most of the players in the starting lineup were graduates of the academy --all eleven players in some matches, including Lionel Messi, the Argentine star that’s widely recognized as the world’s best player. Having the best player in the world certainly helps win games, yet Argentina’s national soccer team, which also has Messi in its ranks, lacks the stellar performance of Barça, despite having a roster full of soccer superstars. Why?

Successful organizations rise by fostering talent, developing skills and allowing people to perform and learn in different roles. In his book Ten Faces of Innovation, Tom Kelley depicts ten different roles within a team. Among those are the anthropologist, the experimenter, the director, the storyteller—all of which, by working together, can defeat the most common role in the business world: the Devil’s Advocate, the role that can effectively kill projects and ideas without claiming personal responsibility.

Weather it is business or sports, teams benefit enormously by assembling a diverse group with different roles, talents and views of the world, building on each other’s strengths and ideas.