Last week I received a call from a sales representative of a teleconference solutions provider, referring to a request I made about video-conference software. It took me a few seconds to recall that, in fact, three weeks back I had called the company. I was trying to buy the $50 PC-based version of their software, so I could video conference with my colleagues sitting in a boardroom in Mexico. My first surprise was to find that the software was not available for download. Then I tried an old-school solution by looking for the software at Staples and OfficeMax, but no luck. 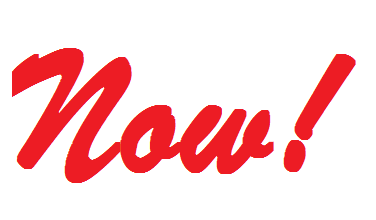 So, I stepped back in time even further, and called the company looking to buy the software, hoping they could FedEx it overnight. Then they surprised me with yet another vintage approach: “I’ll be glad to pass your information to one of our resellers, as that is the only channel we use. They’ll get in touch with you ‘pronto’.” After that, I’m not surprised that their fast response time was three weeks. Obviously my solution at this point was to use one of the many options available, which include Skype, Apple’s Facetime or Google Hangouts. No hassle, no money, no middle man.

About 15 years ago I read “Real Time - Preparing for the Age of the Never Satisfied Customer,” by Regis McKenna. The book described the foundations of today’s digital consumer, one that demands instant gratification...or else. Even in the 1990’s McKenna realized that immediacy was becoming the new normal. One of the many examples used by McKenna to describe the rapid flow of information was a story of his experience in an earthquake in Tokyo and tuning the TV to CNN, an Atlanta-based news organization, to learn the details of the tremor. On August 23rd 2011, I was in Cancun when the earthquake struck the northeast of the US; I knew about, it because I was on the phone with colleagues in D.C. before they had to evacuate the building. I rushed to CNN.com for details; nothing, yet Twitter was flooded with details, providing information during the ten long minutes it took CNN to post info on their website. The immediacy response and flow of information just keeps accelerating.

Early this morning I was sitting in the car listening to the radio, while I waited for my wife to drop the kids off at school. A song I’ve never heard came up on the radio; I liked it and “Shazamed” it: “It’s Time” by Imagine Dragons. I clicked on the iTunes icon and bought it. Two minutes passed, and the song was available in my smartphone, my iPad and the PC at home; immediacy, gratification!

The company I referenced above has top-notch technology solutions. In fact, their hardware sits in many conference rooms in the corporate world. That is why I was surprised about the old-school approach. The problem is not that this company doesn’t understand technology; they do, and they profit from it. Yet their business model is tied to a paradigm of a bygone era, not the real-time era.