Those filthy, disgusting bills, and a note on the “cashless store” 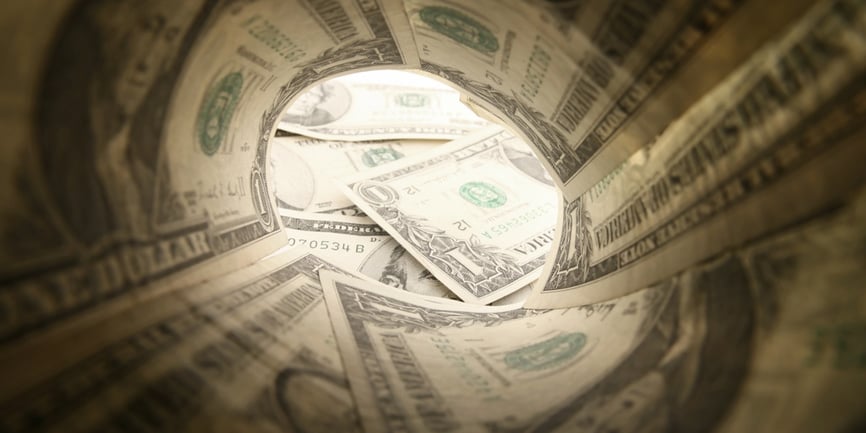 We all know that carrying cash is difficult, and not to mention, filthy, having used bills in our wallets. Yes, it's a hassle to go to an ATM, insert the bank card, punch the PIN, click through 2 or 3 screens to make the magic happen and get the "filthy and disgusting money" (this was literally what my daughter told me the other day while on a bonding trip to the ATM).

But as far as I have remembered, the accountants and finance people love to say "Cash is King," meaning, payments in “dollar bills,” is preferable over, credit cards or checks, since this helps the cash flow of the business on the positive and happy side of the balance sheet. But as we march forward in this life, we start to realize that some organizations are moving (forcing) customers, to a cashless universe inside their stores.

Just this week Amazon opened to the public the much anticipated Cashless (or rather cashier-less) store, Amazon Go. Using the latest AI and image recognition technology to track customers from the minute they scan their mobile phone at the door until they leave, all the different products that they choose to buy during their visit is charged to their Amazon account. On a similar front, Starbucks also announced its debut of a "cashless store" in Seattle, accepting only payments with their Starbucks App and debit and credit cards.

So, does that mean that we will start to see a trend where retailers start to walk away from cash, even though "Cash is King"? One would think that paying between 2 - 3% of a sale to the credit card companies would be a deterrent to retail organizations, but it points to the fact that the data collected from those electronic transactions is much more valuable as we are living in the times of "Data is King." While that paper money is good for the cash flow of the organization, its anonymity does not provide any consumption patterns to the retailer.

Going back to around 2010, the most notable case was when Target identified that a teen was pregnant even before her family knew about it, and this happened because she used her store card to buy what she thought were different non-pregnancy items. But this would not have happened if she had paid in cash. Cash is anonymous unless you provide your Points or membership number to the cashier before paying.

The question becomes: Are we ready to give up our last remains of privacy, just because a store is offering a frictionless experience of no human interaction? Convenience over privacy? Before you answer, think of the story of the friend of your 2nd-degree cousin Kevin…you know, we all have that friend got a rash and needed to buy that cream at his local pharmacy. If he pays electronically or uses his store card, then someone will know that he was having a problem and then his data will be shared across the chain, from other vendors, targeted marketing companies or even with his insurance company.

So, is cash still king?