What CIOs Really Need to Know About Digital Natives 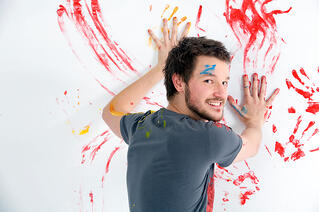 There is a great deal of talk in the IT world recently about the “generation Y” professional. These workers are somewhat of a mystery to the entrenched corporate environment, largely because they are “digital natives”, which by definition means they have literally grown up in a digitally-driven world where anytime, anywhere access to data and information has been their unique birthright.

According to recent reports, those professionals frequently have hard-driving ambitions, which does not always reflect the stereotype of the twentysomething slacker. “They want to grow faster than their companies allow them to,” said Sidnei Oliveira, a Brazil-based analyst who studies Generation Y trends.

According to a research conducted by TNS Research International, youths from lower middle class families are more eager to build a career and earn a respectable salary. Most of these folks (75 percent) however, are still dependent on money earned by their parents. They represent about 16 million consumers in Brazil.

According to the study, Brazilians from upper middle class background use the Web for services and entertainment, but youths from lower middle class families browse the web for improving their professional skills and for searching jobs.

This trend is similar in other developing countries like India and China, according analysts. These young professionals quickly pick up technology tools in an attempt to boost their career prospects. "Those professionals are natural entrepreneurs and are thrilled by technology and globalization” said Oliveira.

For today’s senior IT leaders, the motivations and orientation of these young professionals can be strikingly foreign. Most of the ‘older generation’ of IT professional, grew up in a much different – textbook driven-world – where the pace of the corporate world and the digestion of new information were far slower. 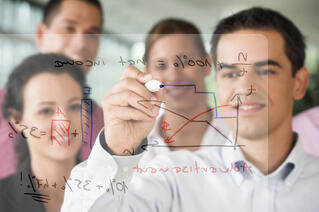 In today’s environment, these young professionals, according to Oliveira, tend to get bored fast and need – in a sense – a reason to stay engaged. They are not willing to follow in the footsteps of their parents, nor are they willing to put up with challenges that their parents fought head on.

Moreover, they have no ‘attachment’ to their employers and have a tendency to work just to earn some money before they pursue their own paths.

“They have convinced themselves that they are going to be much, much happier this way,” says Oliveria.

For senior IT professionals, and especially the human resource leaders who watch these trends, your advice is simple: Before setting new standards for performance for these young professionals, work to understand what gets them engaged. The long-term value to your company that results cannot be underestimated.

Denis Lee is a typical "Generation Y" young professional. In this video (in Portuguese) he tries to explain, in a little longer than four minutes, what are is this all about. In a creative, fast and little chaotic way, just like a typical "Y Generation" boy.