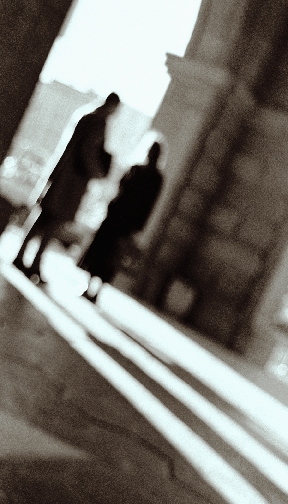 The Public Perception of Outsourcing research found that more than half of the respondents associate outsourcing with job losses, and 65% think it has to do only with cost cutting. The study was done in the U.K., by the National Outsourcing Association, but it's not a stretch to assume results would be similar if done in the U.S. or Canada or Western Europe. It's not like they were asking about the Champions League matches.

Only 19% of respondents said they think outsourcing can help the country out of a recession. According to Anh Nguyen writing for ComputerworldUK, the NOA was "shocked" by the results because "public attitudes are in contrast to a Business Services Association (BSA) survey last year that showed that outsourcing contributed eight percent of the UK’s GDP, £14 billion in business taxes and £21 billion outsourcers’ income tax, the NOA said."

She also notes that 45% of the public thinks of India when they think of outsourcing. (Looks like Latin America escapes the glare of the U.K. public.)

The NOA, though, says the problem is that the people just don't know what outsourcing is. People think opening a factory in China to manufacture "trainers" (as they call running shoes in the Other English) is outsourcing. That's not outsourcing at all, the NOA says. That's captive offshoring!

A company hiring an IT services provider to handle its IT systems – now that's outsourcing. But, the NOA says, only 27% of survey respondents recognized that.

"The research shows that although the public is adamant that they don’t like outsourcing, for the most part, they do not properly understand what it is," an NOA official says.

Just about anyone who covers global sourcing will complain about how hard it is to get outsourcing clients to talk about outsourcing for public consumption. Only in the past couple years have big companies admitted they use IT or BPO providers located in other countries. And it wasn't so much they admitted as they were outed. Still, when you try to get them to talk, on the record, it's like you're asking about a dark family secret, the hideous spawn chained to the stone wall in the cellar.

That's why it has been good to see the occasional story like the one about the Texas utility's "outsourcing disaster" with IBM. When things like this get out in the open, it's good for everyone (except for possibly some managers at IBM).

Maybe as "outsourcing" becomes "taking advantage of skills no matter where they're located," businesses will be more willing to talk about the problems they deal with when sourcing, and everyone can learn from each other's mistakes. If businesses have a good reason to outsource, reasonable members of the public will understand. The public just needs to understand what outsourcing really is.