The Connected Travel Experience – “Not Quite There Yet” 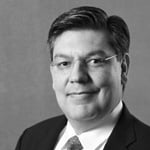 A recent “Shark Tank” episode featured a pitch for Trippie, an app that allows air travelers to easily navigate food options at an airport. Designed by a college basketball player who found himself harried and hungry during a layover, Trippie displays food options, charts directions to eateries and offers reviews, allowing users to save time and quickly find food they really want, rather than just settle for what’s in front of them.

For a variety of reasons, Trippie failed to get funding from the show’s judges. In reviewing the episode, entrepreneur Jeremy Alexander described the app as promising, but “raw,” “still in its infancy” and “not quite there yet.” Alexander mentioned that the developers were considering a feature that would allow users to have meals delivered at their gates prior to boarding. While acknowledging that such a feature would be attractive, Alexander added that actually delivering that capability “obviously opens up a whole new world of challenges.”

As presented on Shark Tank, the app is a clever and helpful tool, but it’s little more than a hand-held version of an airport directory kiosk. The deeper problem, however, is that the “whole new world of challenges” involved in taking Trippie’s functionality to the next level is less a matter of engineering an immature app than it is a matter of fundamentally redefining the business model of travel.

As I discuss in a new white paper, the basic challenge facing the air travel industry is the existence of entrenched operational and business silos that prevent a seamless journey across the air travel value chain. These silos exist both within individual airlines – between marketing, sales and finance teams, for example – as well as between airlines and airports, travel authorities, retailers, hotels and rental car companies. To remove this operational fragmentation between entities and fully leverage digital and smart technologies, airlines must develop and implement concerted strategies that enable both operational integration and business collaboration.

Share your perspective on the connected travel experience and engage with our industry experts for a briefing on air travel opportunities and challenges.