The Case of BPO vs. ‘Microlabor’ 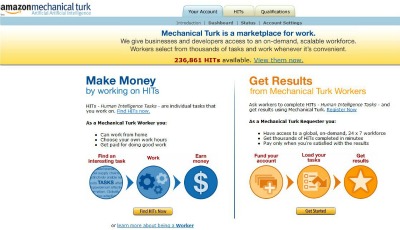 couple of years – companies posting open online calls for independent remote workers to perform business processes for a prearranged fee. Popularly known as “microlabor” or “crowdsourcing,” this type of outsourcing is seen by some observers as a potential threat to more traditional BPO models (although there are microlabor vendors who handle the worker recruitment/management process, turning it into sort of a hybrid model).

Given all the scuttlebutt, I thought it might be helpful to provide a brief comparison of how microlabor stacks up against traditional BPO in several key areas that usually serve as determining factors in outsourcing decisions, such as cost, quality/reliability of work, and security.

Cost
Without a doubt, the typical cost of outsourcing business processes via microlabor is much lower
and more flexible that the typical cost of traditional BPO. As detailed in a recent Boston Globe article, microlabor sites such as Mechanical Turk (run by Amazon) allow companies to globally outsource work to the lowest bidder or at a prearranged flat fee which can often turn out to be mere pennies for a job that only takes a few minutes, or a dollar or two an hour for longer-duration jobs. Some microlaborers are also paid a piece rate which can run as low as pennies per piece.

In addition, microlabor buyers also usually have full discretion as to whether work is acceptable upon completion and can refuse payment at will for work considered substandard. While depending upon location and type of work being performed, nearshore and offshore providers can offer customers substantial cost reductions compared to performing tasks in-house, microlabor provides a level and flexibility of cost few traditional BPO providers can match.

In a white paper called “Every Crowd Has a Silver Lining,” Everest Group estimates domestically outsourcing a data entry project via microlabor is 60% cheaper than domestically outsourcing it through traditional means, while the same hypothetical outsourced data entry project costing 65-70% less using India-based microlabor than using a traditional Indian BPO provider. Further comparative cost savings of 10-15% are achieved by using microlabor on a strictly “on demand” basis, meaning labor is always utilized at 100% capacity.

Quality of Work
If microlabor’s biggest advantage is in the area of cost, than traditional BPO’s advantage is in the area of quality of work. Traditional BPO involves signing a formal contract with a provider who promises to supply qualified, trained workers who will perform tasks that meet certain standards and deadlines. BPO buyers can research provider track records and check references, and contracts contain service level agreements that usually offer refunds and/or cost breaks if service levels are not met.

In contrast, microlabor is a “Wild West” outsourcing scenario. While buyers can refuse shoddy or late work, there is no easy way to ensure you are getting quality personnel and no contractual safeguards against financial losses caused by inferior, late or non-existent performance. There is also no real way to monitor what microlaborers are doing with any intellectual property or other sensitive data or materials they may handle in the course of the task, which leads us to the third area of comparison.

Security
In addition to offering higher and more enforceable quality standards than microlabor, traditional BPO also offers much higher levels of security. BPO providers are contractually bound to maintain client security and can be sued for breach of contract if one of their employees violates it. In contrast, microlaborers, especially ones located outside the US or other nations with strong IP regulations, are much more difficult to pursue for damages in the event of a security breach.

The Bottom Line
While microlabor has a role to play in the modern outsourcing world, it is a fairly limited role that should not seriously threaten the viability of the traditional BPO model. Everest Group suggests that companies using microlabor go through a vendor to avoid the quality and security pitfalls mentioned above. And although large companies such as P&G are performing high-level processes including design, research and engineering via microlabor, it is hard to imagine a future where companies routinely outsource more sensitive processes and functions via microlabor.