The company Mojo Vision was founded in 2015, with a single purpose: to create smart contact lenses. The idea came from its directors, both of whom suffer from vision problems. This has been a project that has been kept secret, but following the large investment of around 108 million dollars in venture capital from Google’s Gradient Ventures, StartX, NEA and Khosla, among others, it has begun to make its presence felt in the market. In addition, there have been several announcements by the company of the start of prototype testing and its awaiting FDA approval to begin clinical trials.

In general, large companies, such as Apple or Google, have focused on developing AR glasses, but Mojo Vision has opted for contact lenses. However, the company is looking for invisible technology, i.e. the ability to obtain information at the desired time, but without isolating people from the real world around them, i.e. technology that is not visible and only present when the user chooses. 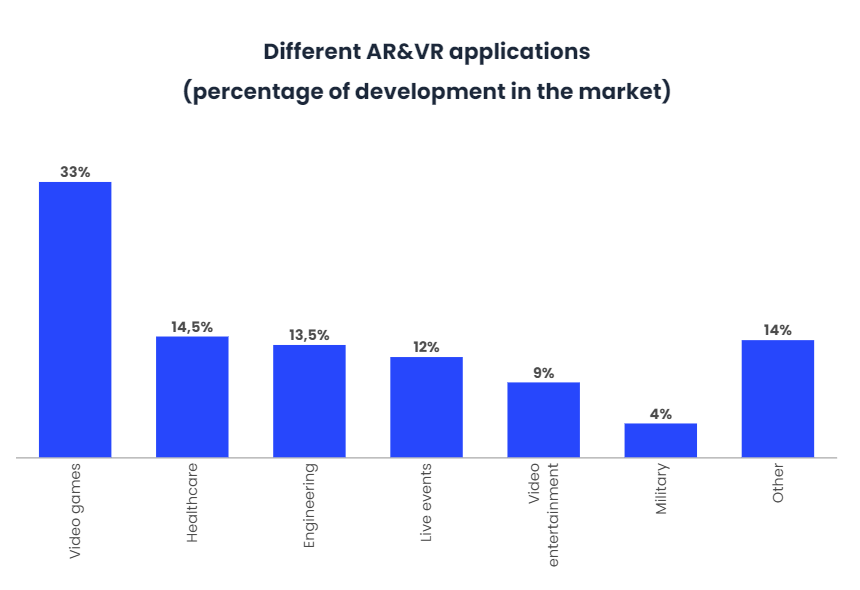 Mojo Vision lenses aim to place useful data and information about the wearer’s real world, enhancing the wearer’s natural vision through technology that is barely noticeable. The lenses aim to be useful, not a passing trend. In parallel, another purpose of this product is to reduce the current dependence on screens, and activate the interface with a small eye movement, accessing routes or message readings, only as the user requires.

However, the company has focused on first developing prototypes for certain sectors such as healthcare rather than the general public. So far, these test lenses superimpose monochrome images, symbols and text on the user’s fields of vision without obstructing their view or hindering their mobility. Mojo has therefore announced that it is testing different prototypes and that the next generation will be ready by the summer, awaiting FDA approval for safety and efficacy to begin clinical trials.

At present, there are not many known features, but they do give a glimpse of what the prototypes will look like and what uses these contact lenses can have. The first steps are directed towards correcting vision, with the aim of highlighting features, such as the edges of objects in front of the wearer, and improving vision for those with acute vision impairments.

The main defining quality of the lenses is the screen inside, which has been developed with the ability to compress 14,000 pixels per inch. Thus, this screen is the centrepiece of the prototypes. It is placed in front of the pupil so that light is focused on a specific area of the retina at the back of the eye, the fovea, the area that the eye uses to detect the finest details of the objects we look at, i.e. the area with the most photoreceptors. Photoreceptors are responsible for converting light into electrochemical signals that are transferred via the optic nerve to different areas of the brain. This excess of photoreceptors in the fovea is used so that the display does not use as much energy as another AR device would, as it needs less light to transmit the images.

Along with this display, the lens contains a multitude of supporting microcomponents in early versions. A small single-core ARM-based processor and an image sensor will also be included. For subsequent versions, an eye-tracking sensor and a communications chip are expected.

Another important aspect is the external computing package that any AR device requires. The Mojo Vision company has called it a relay, an electronic device that is worn around the neck and communicates with the lens. It has an application processor, a GPU and batteries. It is here, in the relay, that data storage takes place, applications are run and content is transmitted to the eyes in a matter of milliseconds.

So these fundamental aspects make possible an improvement in contrast and quality of the device. In short, lenses can add sharper edges and lines to objects and highlight people without wasting power or requiring high definition, like smart or virtual reality glasses.

The key advantage is that, thanks to the use of augmented reality, data can be presented on screens integrated into the lenses. Other functions will be to view maps and directions, steps of a machine status analysis to replace parts or message information, among others, without needing to look at a larger screen such as a mobile phone or tablet.

The AR lens helps to maintain concentration, as it provides the information directly when the user wants it with small movements of the eyes.

In relation to this micro-display, it should be mentioned that the microelectronics it uses is unique, and is designed especially for the lens, superimposing digital images and information. The device is also able to provide key information through intelligent software that understands the individual user’s surrounding environment.

One aspect that users are generally most concerned about in their routine is the privacy of their data. In this device, it is possible to believe that data is being collected on the user’s daily life and also on the people around him or her through recordings of the moments shared with the user. Thus, Mojo claims to be committed to user privacy and information, to be clear and concise about the design of products and how they are delivered in each experience. In addition, through artificial intelligence, collected data that will not be used in the near future is removed from storage.

Finally, the fact that the lenses are invisible and comfortable technology is noteworthy, meaning that the technology does not get in the way of day-to-day life, the subtlety of this device allows for routine tasks to be performed and information to be displayed only when desired or required. Mojo Lens even understands what the wearer is doing so that they are not distracted.

The company’s idea is to first provide this device to certain sectors of the population to help them in their daily tasks, and later to make it available to any user.

In the company’s various demonstrations of the first prototypes, the specific use for firefighters attracted a lot of attention. The demonstration for this use consisted of a burning building, which when using the lens the lines start to form the outlines of tables and chairs inside a smoke-filled room. Also, graphic symbols marking the location of other firefighters were displayed, even when separated by a wall. Oxygen tank levels and communications signal strength were recorded, along with other data.

In parallel, it is intended to produce glasses for people working in different service industries. Whether at customer service desks to extract customer data or, for example, for a mechanic to have the repair guide.

However, the Mojo Vision company has communicated that the initial purpose is to help people with vision problems, such as retinal degeneration, people experiencing presbyopia or the loss of the ability to focus the lens of the eye on small objects.

In this way, the lenses are able to detect the text of a road sign at a distance, they can magnify objects to be displayed on the retina of the person who does not see well, also by contrasting the lines, shadows and colours of objects they help to detect figures for people with vision problems and, in addition, they can superimpose lines over edges that are difficult for any user to see.

The innovation that these lenses bring with them can generate giant steps in the augmented reality and wearables industry and, consequently, the interest of different investors in this technology, which will be defined by the great advances shown in the prototypes. For many of these early devices, the only thing missing is FDA approval to start clinical trials and be able to market the devices.

Initially, the company is focusing on developing lenses for people with vision problems or to help in certain tasks, such as firefighters, but it is not ruled out that they could be the future of wearable technology, as mobile phones are today. These lenses have capabilities such as displaying routes on maps, reading messages and even activating a music player.

Mojo Vision has gone through the whole process of developing the microelectronics, creating their own display with a large number of pixels and low power consumption. The lens is connected to a wearable relay, which will be worn around the neck, to provide the necessary information and data.

Finally, the company has announced the launch of new commercial prototypes for different users by the end of the summer.