CIOs have not had an awful lot to celebrate in the past few years – personnel reductions, spending freezes and a refusal to risk precious corporate funds on leading-edge, innovative systems have 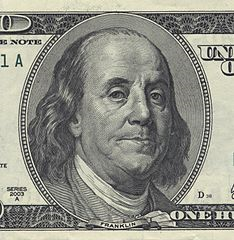 been realities for far too many top IT executives since the Great Recession began in 2008. But according to a new forecast from IDC, CIOs actually may have reason to smile this year – as long as they do some advance planning.

According to IDC’s United States Black Book 4Q 2012 report, total IT spending on hardware, software, and IT services across all 15 enterprise industries tracked by IDC is forecast to grow 6% year-over-year in 2013 to approximately $474 billion. Although factors such as the “fiscal cliff,” contracting G.D.P growth, and declining international trade owing to reduced economic activity in the Euro zone all negatively impacted US IT spending in the final quarter of 2012, IDC predicts economic stabilization will take hold in the second half of this year, creating “moderately strong IT spending growth.”

Specific industries expected to grow at above-average rates for the coming year include healthcare, which IDC forecasts to grow by more than 8% in 2013, due in part to what IDC describes as “the need to process and analyze increasing volumes of data from new clinical systems.” The professional services industry is also expected to grow more than 8%; IDC says “a high correlation between overall corporate profitability and IT spending by professional services firms suggests robust spending within this industry as corporate profits are forecasted to improve.”

Start Preparing Now
The second half of calendar 2013 is three short months away (give or take a few weeks), so CIOs need to start preparing for spending increases now. With proper preparation, CIOs can help ensure that increased enterprise IT spending actually produces the results they want, rather than results somebody in another part of the business thinks IT wants (or needs). Here are three suggestions for how to kick start preparations for what should be a prosperous 2013, at least from the IT perspective.

Do an Honest Assessment – After years of deprivation, it is only natural for CIOs to start licking their chops at the prospect of finally getting some of the latest and greatest technologies implemented (or increasingly these days, delivered as a cloud-based service). Resist the temptation. Genuine business need, rather than the desire to have a little something “extra,” should always drive all IT-related decisions. Showing prudence now will pay off when inevitably IT budgets tighten again – do you want to be remembered as the CIO who “got while the getting was good” during the good times or the CIO who kept their cool when the spending floodgates opened?

Make Friends with Marketing – There is a new sheriff overseeing enterprise IT – the CMO (Chief Marketing Officer). Marketing is starting to elbow even the finance department from the head of the table when it comes to making IT purchase decisions, since so much of technology is now focused on managing and enhancing the customer experience – and this as just as true for B2B as B2C organizations. So befriend the CMO and other top marketers, the networking will pay off when final approvals are given to new IT systems.

Think Ahead – As previously stated, enterprise IT spending will not rise continuously. It could very well contract as soon as the first quarter of 2014. So while IT spending must obviously meet current needs, prudent CIOs should also think ahead and select systems that are flexible, scalable, adaptable and easy to integrate with other enterprise applications. You may be stuck with today’s “new” systems long after their sheen has dulled, make sure under the gloss is some strong, robust interoperability and staying power.