Switching corporate profiles from one platform to the other

The meaning of "communication" has drastically changed in the past few years – and that is even more valid when the notion is applied to corporate communications. This blog itself is a good example of what I am talking about: a space for ideas to be shared and to promote debate over them (in our case, regarding the IT/outsourcing world).  And it is only one of the channels that permits that approach to the public.

A recent study released by the American Chamber of Commerce, and published by the
Brazilian version of Computerworld, shows that among 72 marketing officers from companies associated within the Chamber, 96% recognize social media as a booster for businesses, and 65% plan on improving investments in such tools in 2012. 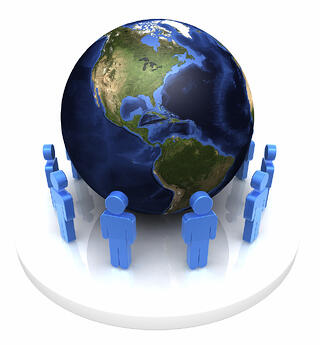 Some more interesting numbers from the research: 78% of the executives that responded affirmed that their companies already have corporate profiles in at least one social network and 14% plan on joining a network soon.

Whether these new communication tools bring more income to these companies, that is hard to tell. For 47% of the responding companies, social media accounts for less than 5% of their marketing expenditure, and for only 3% of them does that spending go beyond 40% of their total marketing budget.

According to the research, Facebook is where most of the corporate marketing campaigns are concentrated, receiving 76% of the answers, followed by Twitter (56%), Google+ (32%), Foursquare (10%), and Orkut (8%).

In Brazil, 2011 has been the year of transition between two social media platforms hosted by titans of the web, Google and Facebook. Since the beginning of the spread of social media in the country, and its use for corporate purposes, Orkut, the social platform from Google, has been the most used option.

Orkut was a true hit in the country. Everyone seemed to have a profile. With the service's boom basically happening in 2007, Mr. Orkut Büyükkökten, the Turkish creator of the social network he named after himself and a Google employee in Silicon Valley, came to Brazil and was literally treated as a celebrity. I saw myself the impressive hundreds of students and curious people he gathered in a speech at the campus of the University of São Paulo on a weekday afternoon – without understanding or speaking a single word of Portuguese, he was definitely a local star.

But his moment is over. The year that now ends marks the rise of Facebook and the death of Orkut for Brazilian users, and therefore, the change of focus for the companies that consider them as good channel of communication. Research shows that Facebook has more profiles of Brazilians than Orkut ever had.

Curiously, Orkut was very popular among both Brazilian and Indian users – much more than among Europeans or Americans. The platform was popular as a way for them to talk among themselves about their own lives.

For the Brazilian companies, or for those that have business here, the transition to Facebook is a better way to be in contact with clients. In Orkut, the corporate pages were mainly static - a company would open a page of its own and promote discussions on it, but the user would only see them if he decides to go to the page, and not in its timeline, the way it happens on Facebook.

Now, more and more Brazilians are flooding Facebook with

their "peculiar" social behavior - withlots of pictures of social moments, lots of details of their private lives, and very few worries regarding security or privacy (all of these are very typical trends of behavior for Brazilians in social networks for years).

The upper classes of Brazilians have been using Facebook for a long period of time now, having migrated much earlier from Orkut. But the Brazilians who are arriving to the Facebook world right now are those who have been boosting the country’s economy in the recent few years – the “C class,” or the lower middle class that has grown enormously in the past decade.

How the Brazilian and foreign companies are going to take advantage of these social trends in the Brazilian web is still unknown. I’d say it is good to keep a good corporate profile updated in the meantime.