Social media and mobility boost Internet use in Mexico 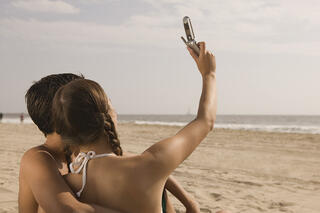 The mobile Internet continues to explode in Mexico, with mobile broadband penetration now at over 10% in Q2 2013. That is an impressive number for a country Mexico’s size, and indicates that the nation’s unique position as a link from English-speaking North America to the rest of Latin America, as well as to Asia, will be supported by a working population with flexible access to broadband.

In fact, data from comScore indicate that, when it comes to the mobile internet, Mexico is the leader in Latin America, with mobile video consumption a dominant trend. And a big driver of mobile video adoption is social media.

From a Latin American perspective, Facebook recently announced that it has 200 million users in the region, representing almost 18% of global adoption. These are frequent users, too – six out of ten visit Facebook every day.

We can see the effect of mobility here, and the power of Latin America’s dominant markets. For Facebook use by tablets or smartphones, by far the biggest users in Latin America are in Mexico, Brazil, and Argentina.

Not surprisingly, given its population of almost 200 million, Brazil has the biggest numbers in Latin America, with 76 million “active” monthly Facebook users. Within this demographic, 57.9 million Brazilians are logging from both mobile devices and PCs. By comparison, Mexico ranks second with 47 million active monthly users. Argentina has 22 million people on Facebook.

But the mobile trend in Mexico is distinct. Access and use are not always the same, but in Mexico the relative percentages are promising. For example, comScore found that 9.4% of Mexico’s 42 million Internet users are accessing the Internet via a smartphone. Among user populations, those numbers are 4.4% in Brazil, 5% in Argentina, and 8.2% in Chile.

It appears the open internet has a lot to do with these numbers. Anyone who has travelled in Mexico will note the prevalence of Wi-Fi hotspots. Sometimes they are provided by businesses, at other times by municipalities. Rather than pay for private data plans, a full 94.7% of Mexican mobile broadband users are skipping private data plans to connect over Wi-Fi.  This compares to an average of 30% in Latin America.

The evidence indicates that the average Mexican user is a savvy consumer of broadband, and is unwilling to shell out for expensive cellular data plans. But it also indicates how pervasive Internet access is in Mexico, which is an excellent indicator for economic growth.

A lot of the focus is on the potential for advertisers to leverage social media off of mobile devices. When combined with location-based technologies and demographics, it is possible to target incredibly effective campaigns. But the access story is much bigger than the consumer. It is about the worker to. Having distributed access to the Internet via mobile broadband makes enterprises more powerful and competitive.

On the mobile OS front, the data from Mexico reflects its role as an early adopter, with Apple leading by the slightest of margins, with 40.5% market share, whereas Android sits at 40%. Brazil has similar numbers, with Android at 42.5% and iOS at 40.8%. By comparison, other big markets in Latin America such as Chile and Argentina show a strong preference for Android over Apple.

These numbers may shift as more people are drawn to mobile broadband, and as Android leverages its multiple hardware partners to drive a price war into the dominant markets in Mexico and Brazil. High Apple iOS penetration suggests that, to date, mobile broadband in Mexico is still something with more appeal for those able to purchase a premium product – something that may change as competition heats up, and as more middle class Mexicans require mobile broadband for both work and entertainment.