Recent data show that the trend of small and medium-sized business giving up in-house IT operations continues to gather steam. As prices come down and service offerings improve, the advantages of cloud-based IT services are simply too great for businesses to ignore. When you couple this with the difficulty in finding top quality IT professionals to run the data centers many businesses are already encountering today, the choice to migrate to the cloud becomes even more obvious.

Gartner analyst Jon Hardcastle sums up the current situation. "We are definitely seeing a trend away from in-house data centers toward external data centers and external provisioning." Consulting firm IDC projects that managed service providers will account for 30% of all new data center space built through 2017. 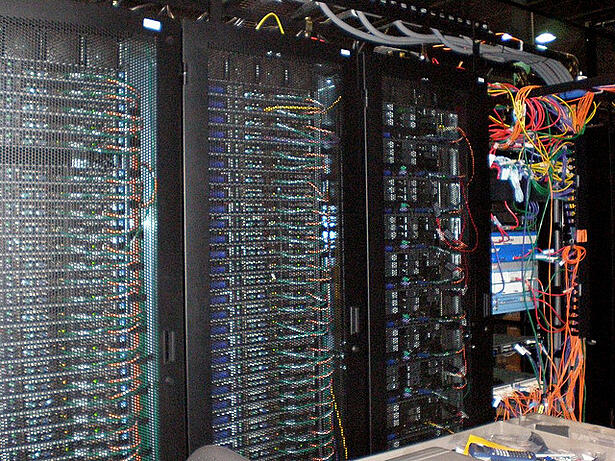 Handwriting on the Wall

A great many execs at SMBs who have recently made the switch to service providers have said that their inability to find experienced IT professionals at affordable prices had a significant impact on their decision to switch to managed data services. Several  specifically commented that the talent shortage was a major factor in their decision to go ahead and make the switch, as an eventual migration to cloud-based services was pretty much inevitable.

CIO Gene Berry of insurer OneAmerica  explains that staffing issues definitely played a role in their decision to close their 65-person data center and outsource all of their IT services to T Systems North America. "That gave us a lot of concern long-term," said Berry. "We didn't have the ability to hire backups."

Will Weider, CIO at Ministry Health Care, said his decision was relatively easy because it was the most size-appropriate approach for a business with 1,400 servers and $2.2 billion in revenue."We are large enough to require a high level of engineering," Weider said, "But we are not large enough to employ people with dedicated experience."

In April of this year ZDNet and TechRepublic's CIO Jury panel asked 11 CIOs "Is it always better to own your own data center?", and they responded no by a margin of 11 to one. Virtually every respondent mentioned the cost and economy of scale of cloud alternatives as simply too attractive to pass up.

While further migration of SMBs to cloud-based managed services providers is inevitable, managed services do not make sense for all businesses, and most large enterprises are not planning to close their in-house data centers. Some multinationals, such as GM, are undertaking a serious reassessment of their IT needs and how to best provide them, but very few are following SMBs in giving up their data centers entirely. They have the economy of scale to compete economically with managed service providers and prefer to maintain complete control of their data. This means that most large enterprises today are looking at consolidation and optimization of in-house IT services rather than migration to the cloud.

OneAmerica's Berry sums it up succinctly. "I think [you will only see in-house data centers] at the really large companies," said Berry, "smaller companies, no."