Automation and AI: from alarming to charming! 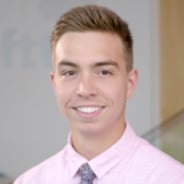 As the ever-expanding realm of digital widens the gap between where organizations are today and where the market is heading, automation and AI have become increasingly relevant components in the quest to remain competitive through continuous digital transformation.

The automation state of alarmism 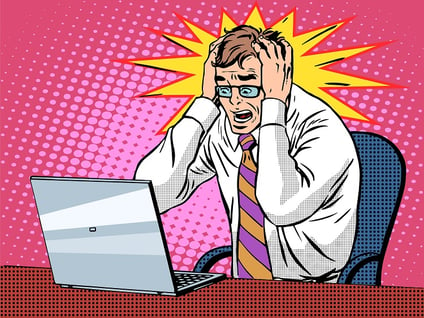 As automation and AI gain headway, they have unsurprisingly become polarized topics, as many largescale disruptions do.

For some, they represent time-and-money-saving opportunities wherein human effort can be redirected or refocused on higher-order concerns. For others, they represent the Fourth Industrial Revolution's way of robbing opportunity from low-skill laborers, requiring them to get an education or suffer the wrath of overqualified robots.

At first glance, animosity toward robots is understandable. After all, the media love writing controversial and sensational headlines. Plus, a handful of celebrities and influencers have vocalized their sympathy for those who would be affected by the advent of these technologies.

Take Elon Musk as an example. The tech pioneer and prominent voice in automation, AI and machine learning, stated in this video from the 2017 National Governors Association: "There certainly will be job disruption. Because what's going to happen is robots will be able to do everything better than us. I mean all of us."

Later, he goes on to cite his exposure to avant-garde tech as the basis for claiming, "AI is a fundamental risk to the existence of human civilization."

And it doesn't stop there—countless articles throw around stats and predictions that are causes for concern, such as this Fortunly article. Here are a few:

If anti-automation had an organized activist group, it wouldn't go unsupported. The media has done an excellent job at filtering and feeding celebrity endorsements and data figures hinting at dystopia to the very people who are supposed to be tomorrow's movers and shakers. There is no doubting that robots have left a bad taste in many mouths.

In fact, signs of anti-robot activism have already come to light. This Axios article's quick take on an "influential" paper predicts a powerful resistance to these technologies. Even those running for political positions can gain headway by "ringing the alarm about AI and robots." Smaller groups on social media, alike, are already acting as early adopters of the anti-robot movement.

Not so bad after all?

Automated processes and intelligent robots, although disruptive, have already proven their potential many a time, and there is reason to believe they will only gain potential as we become more adept in creating use cases. Here's a look at a few ways automation and robots can serve as companions—rather than enemies—to humans, our jobs, our safety, and our strengths.

The case of automation and climate change

Recently, we have become consumed with fears of automation in some ways similar to climate change. Here's how similar these topics have become:

In fact, much of the components and assembly of electric cars (and other climate change combatants) involve automated processes. A lesser-known and more unique example is that of SkySpecs, a company "Automating Wind Farms of the Future" through automated operations and maintenance (O&M) solutions for wind energy providers.

If technology is crucial to combating climate change, automation will continue to play a pivotal role.

And climate change isn't all

Somewhat in line with the above, Facebook Founder and CEO Mark Zuckerberg surprised Facebook Live viewers with his comments on putting a stop to these technologies (article and video here):

"Whenever I hear people saying AI is going to hurt people in the future, I think yeah […] technology can generally always be used for good and bad, […] and you need to be careful about what you build and how it is going to be used. But people who are arguing for slowing down the process of building AI, I just find that really questionable."

Zuckerberg makes a good point; since improvements to AI and automation help combat modern-day issues of varying forms (recycling, illness diagnosis and drug development, dirty work, car accident fatalities, etc.), a halt to this would mean a decline in the initiatives geared towards improving society.

If we as a society come to view humans as useless due to the low error rates, faster job completion and free, unwavering labor robots provide, will we have essentially lost sight of the fundamental worth of human beings?

Austrian journalist and politician Ernst Fischer thought otherwise, writing, "As machines become more and more efficient and perfect, so it will become clear that imperfection is the greatness of man." It is our very imperfection that keeps us relevant. Albert Einstein probably spilled his coffee as he devised the theory of relativity, and Beethoven might've stubbed his toe the day he wrote "Fur Elise."

American writer Walter Lippmann concretized the innate value of humans in his famous quote, "When all men think alike, no one thinks very much." We as humans have different ways of thinking, allowing us to apply our unique perspectives to become excellent salespeople, composers, thought leaders, parents, artists, friends, emotional support systems, and the list goes on.

An example of the human element revolves around illness diagnosis, as AI has recently been developed to diagnose conditions with the same accuracy as doctors. Many might conclude that doctors will be snuffed out of work, but their jobs go beyond medical knowledge and graze the realms of empathy and instinctual decisions. AI diagnosis will only become more accurate, but a visit to the robot doctor is useless if there is no human doctor there to double-check and explain results, give the patient genuine advice and create a sense of hope or clarity. Furthermore, ignorance and faulty diagnoses are possible, but human intuition gets the final say in medical decisions and can save lives (more on that here).

In addition to the human element's critical role in relationships and decision making, there are many cases of automation empowering our work. This FM article describes a company's adoption of robotic process automation (RPA), and what it meant for employees. Concerns stirred as people assumed their finance workflows would be stolen by intelligent automation, but in a short amount of time, the employees reported RPA to be "supercharging—not eliminating—finance professionals," pointing out that their work became more meaningful due to a newfound freedom to focus on analysis of the numbers, rather than the numbers themselves.

Jobs will change, not disappear

Perhaps automation's hottest topic is what job markets will look like as robots gain more use cases.

It would be wrong to say that nobody has or will have an altered employment outlook due to automation. As a matter of fact, both skilled and low-skill jobs have already experienced changes— AI can design medicine and automation can stock warehouse shelves.

It would seem nobody is safe, but the historical integration of technology and innovation into our lives has a track record of stable landings, despite the alarms they ring initially.

This past century of history could suggest that the current state of automation and AI is simply a more disruptive example of home laundry machines replacing washerwomen, mechanization replacing assembly line workers, or office computers replacing typists and secretaries. Each of these past tech innovations struck a chord of insecurity, yet people continued to find work.

ATMs, for example, were invented 50 years ago and became widespread in the 1990s. They were expected to reduce the quantity of bank tellers greatly, but as economist Eric Schmidt found, ATMs made bank operations more efficient, allowing them to open more branches and therefore increase the number of tellers employed.

In the last 20 years, the effect of robots on the market has remained narrow and unrefined. A Wired article, for example, summarizes a study conducted across the manufacturing, agriculture and utilities industries in 17 countries. The study found that robots did, in fact, reduce low-skill jobs in these fields, yet total hours worked by humans showed no change. Essentially, the kind of work people do at the industry level has changed, but aggregate job availability has yet to decline.

This remains true in the US, too. The past 20 years have been dense with the popularization of the internet and the onset of AI. One would think workers would constantly be bouncing between companies and industries as a result of the turbulence, but the opposite is true, as job churn rates have remained at record lows since the year 2000, according to a paper from the Information Technology & Innovation Foundation. In other words, this era—often characterized by enormous digital disruption— has been remarkably stable for labor markets. It seems human skills will always be in demand.

Regardless of where you stand, it's here to stay

As mentioned in the first paragraph of this post, the tides of digital have turned automation and AI into necessities for many industries, not just competitive advantages. Robots will only continue to expand, giving rise to use cases ranging from maintaining a competitive offering to societal improvement initiatives.

Given that these technologies are here to stay, a societal perspective shift is in our best interest. Surely, there will be examples of robots being used for bad, and those should be properly and strictly addressed; but in the majority of cases, automation and AI have the potential to become extremely positive aspects in our increasingly digital world— disruptions that will continue to generate competitive shifts, new markets, societal improvements, increased safety and efficiency, and the chance to refocus our attention from boring and repeat tasks to the meaningful work humans are best at.