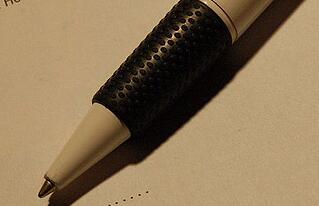 for the nearshore BPO/ITO market in several areas.

The Americas (which includes both North America and Latin America) followed a generally similar trend, with a Q2 2012 TCV of $8.3 billion representing a 6% year-over-year improvement but a 6% drop compared to the Q1 2012 TCV. First half TCV of $17.1 billion was flat year-over-year.

Brazilian FAO Providers Take ‘Mega’ Approach
Megadeals, or outsourcing deals with a TCV of $1 billion or more, accounted for close to half the TCV of outsourcing contracts signed in the Americas during Q2 2012, accounting for $3.8 billion of contract activity. Brazilian finance and accounting outsourcing (FAO) providers contributed $2.2 billion of this amount, or almost 60% of the total.

Although megadeals were also responsible for a healthy portion of outsourcing TCV across the globe during Q2 2012, ISG also reports a general downward trend in outsourcing contract duration, due to factors including increased market competition, technology improvements making the delivery of the best solutions at the best prices more available through more frequent negotiations, and a general trend of cloud contracts having a shorter duration than non-cloud contracts.

How Nearshore Outsourcing Providers Should Respond
So now that the latest local and global outsourcing TCV trends have been revealed, how should nearshore outsourcing providers respond? Here are a few suggestions.

1.    Capitalize on regional FAO trends. Obviously there is a healthy market for FAO services in Brazil, for which Brazilian providers should be commended. However, as nearshore outsourcing service specialists know, certain regions are known for certain services, and it doesn’t take much for a region to get pigeonholed.

For example, Latin America is best known as a destination for call center and software development services. But with outsourcing clients already looking to Brazil to fill their FAO needs, it wouldn’t take much for outsourcing providers in neighboring locations to start to compete for that business and develop a regional nearshore FAO industry. Diversity of services and products is always healthy for any marketplace, and the nearshore outsourcing marketplace is no exception.

2.    Provide the best solutions. As mentioned above, nearshore outsourcing providers already have made a name for themselves in the ITO space, so why not capitalize on that further by making sure they are providing the best technology solutions at the best price? This will allow nearshore outsourcing providers to directly benefit from the general global trend toward shorter contracts, driven in no small part by buyers constantly in search of the next big technological thing.

3.    Don’t fear the cloud. Some outsourcing providers probably fear the impact the cloud is having on the length of contracts. But since the outsourcing industry is inevitably moving toward cloud-based services anyway, nearshore providers should again take advantage of their reputation for ITO expertise and become cloud leaders. As a wise man once said, “If everyone is leaving town, jump in front of the line and call it a parade.”