“I was in Bangalore, India, when I realized that the world was flat” – Thomas Friedman 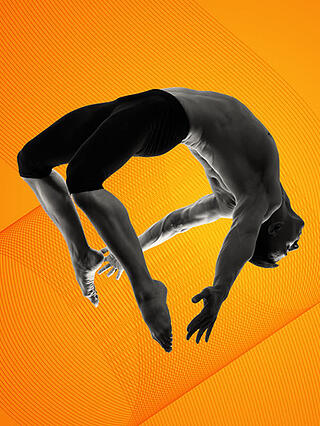 Just think that 8 years ago, in 2006, we were happy with the ability to send and receive e-mails on a Blackberry. We didn’t expect to have thousands of mobile apps at our disposal, and the camera on our mobile phone was just a nice add-on that took lousy pictures.

We would have not been able to reach the point where we are today, in which companies can rely on a fast-moving software infrastructure to build competitive advantage, as fast as we did, without the rise of India as a global power in software services. Without a mature IT outsourcing industry and remote delivery models like Offshore or Nearshore, allocating as much talent as we have today into developing the software that powers mobile, analytics and social technologies would have been very difficult.

Of course the invention of the iPhone, social networks, Google’s algorithms, and wireless internet rank at the top on the creation of the technology platform that powers the Now Economy. Yet, I argue that as the true power for organizations rests in their ability to produce software that turns business ideas into reality; access to a global pool of talent, and the means to work interactively with geographically distributed teams, has been a game changer.


Indian IT service providers did to the IT services industry what Walmart did to retail, and what Southwest Airlines did to air travel. They’ve all helped bring down price barriers and have democratized those markets, totally redefining their industries. Indian IT vendors achieved it by  investing in different areas, particularly in process maturity. They had to build trust from their US and European clients, prove that a knowledge-intensive task can be performed remotely, and demonstrate that complex software projects could be managed with remote teams. Back in the ’90s, Six Sigma and CMMi became the proof stamps that an organization had the maturity and ability to deliver, helping service providers in India earn the trust of many organizations to outsource work to them.

In his famous book  “The World is Flat” , Tom Friedman included Outsourcing and Offshoring as two of the “ten flatteners” leveling the playing field. Friedman argues that offshore outsourcing allows the split of service activities into components, which then can be performed in the most efficient and cost-effective place of the world. The corporate IT world embraced India-centric delivery as a norm.

A lot has changed since the publication of “The World is Flat.” Since the dawn of the Indian IT industry, Apple surpassed Coca-Cola as the world’s  most valuable brand , a token of the relevance of technology for today’s consumer world. Salesforce.com became the  most widely used Software-as-a-Service platform, evidence of the rise of Marketing as a fundamental driver of IT investment and pervasiveness of cloud computing. The role of IT evolved into  Business Technology , a term used by Forrester Research to describe “the relentless revolution in which the business is sourcing and managing more and more technology outside IT’s direct control.”

Through process rigor India proved its value for Enterprise IT 1.0, as Geoffrey Moore refers to the pre-existing breed of systems of record, which are designed to automate processes. But today, we are facing the rise of systems of engagement, which empower organizations and individuals through context-rich apps, situationally aware devices and real-time analytics. These have brought forth a totally new dimension to the requirements of a sound global delivery capability; rigid, process-centric structures are insufficient for the nimbleness required today. Remote service delivery remains strong, to the effect that almost every software project is a global project, although not necessarily an India-centric project anymore. Nearshore and onshore components are much needed complements for today’s demand for both process rigor and nimbleness.

Retaking the Walmart and Southwest Airlines analogy, we can say that nearshore is to global services what Target is to retail, and what JetBlue is to discount airlines. Nearshore services may be smaller in scale, but tend to be more aesthetically driven; they compete in price, but are not necessarily cheaper. Perhaps the most relevant feature of nearshore is seen in what JetBlue does with its free DirecTV in every seat offer; it allows the client to stay in touch with what is happening on the ground. All these are key features in a world increasingly driven by systems of engagement, and in great need for nimble structures.