Predictive Analytics: Good for Tennis, But How About Outsourcing? 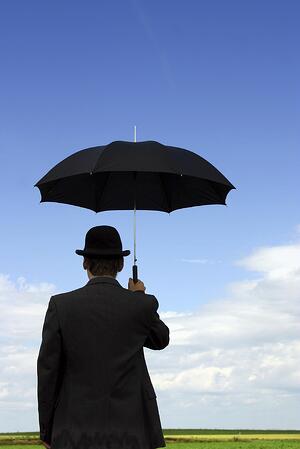 One of the off-court but on-screen highlights of the upcoming Wimbledon will be IBM's use of data to provide deeper insight into each player's performance. This is Big Data stuff, done in real time, and made available through something IBM calls SlamTracker, which "maps a match in real-time and highlights the key turning points."

There's also some predictive analytics going on here. IBM says all this data could help players figure out what they need to do to improve their chances of winning (that is, besides playing better than their opponents).

Big data and the tools to analyze it are being credited with all kinds of discoveries, including analysts at Target knowing a young woman was pregnant before her father did. (Fathers of daughters are likely to be impressed but not comforted by this kind of capability.)

But what about people involved in outsourcing relationships?

Can providers and customers use predictive analytics to avoid things that in the course of a relationship could go awry?

Can predictive analytics tell you when those things are going to happen, or even are likely to happen? With the right data, you can certainly see patterns in how someone delivers deadline-wise. (Although speaking as someone who had met a lot of deadlines and also blown a lot of deadlines, I'm not sure how you factor for inconsistency.)

But those two other critical disruptors – attrition and failure to communicate – they are beyond scientific reckoning. A big data HR expert can no doubt forecast the rate of attrition at your IT services company next year, and that's great. But he can't tell you when that guy who's working on your project and doing a great job might be lured away or burned out. A human manager with the right people skills can tell you that, and it's not clear that this sort of innate intelligence can be modeled in code. Ever.

Big Data and its machines cannot entirely take over as long as certain human skills are still required to have a handle on what might happen next. People in outsourcing relationships will often tell you it's all about the relationship. And as we all know about relationships, some things are unpredictable.