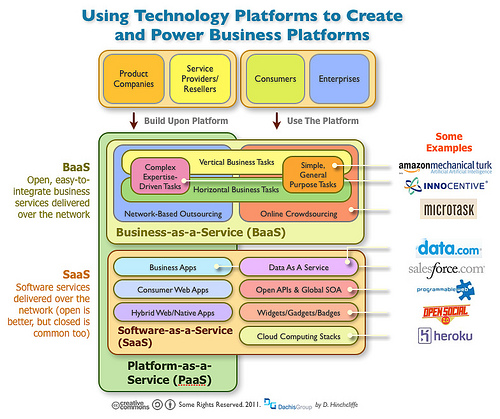 The IT services industry has enjoyed unprecedented growth, with very few pauses, for almost three decades. Growth in the industry did slow down significantly for a year or so following the impact of the financial meltdown of 2008-2009, but the reality has been the need for IT services continued to grow even when most of the global economy is in slow or no growth mode.

Nothing lasts forever, however, and most IT services vendors are anticipating reduced demand over at least the next 12 to 18 months as a result of fiscal austerity in Europe and the U.S., which is expected to produce elongated client decision cycles over the short and medium term. This, of course, means fewer IT projects will be initiated and less business overall for global IT delivery providers.

Battening Down the Hatches

Headcount growth is slowing down across the board in the IT services industry. According to data from TBR, the majority of IT services providers reduced hiring of both low-cost and onshore employees in the second half of 2011 and the first half of 2012. Erin Hichman of TBR sums it up. “Enterprise clients in mature markets are prioritizing short-term ‘run the business’ deals over long-term ‘change the business’ deals, which is influencing vendor hiring strategies.”

While the trend was clearly toward an overall decrease in employee headcounts, there was significant variation among providers, reflecting different business models and strategies. For example, hiring of U.S.-based onshore talent was up for a number of providers, including Accenture, Atos, Infosys and Xerox Services. Three factors are contributing to this trend – first, European providers are shifting more operations to U.S. to decrease revenue dependence on Europe; second, an increase in U.S. regulatory requirements; and third, Indian vendors are also expanding their presence in the U.S. to augment their offerings in high-value areas such as consulting.

However, with a few notable exceptions, lower-cost offshore hiring was down for most IT services providers for the period from June 2011 to June 2012. Some providers continued to expand their low cost operations in selected markets in Asia, but the hiring of low cost IT services personnel was down in Europe, Latin America and the U.S.

Strategies for Coping with the Slowdown

Despite their differing legacies and business models, given the current economic circumstances, global IT providers face the same dilemma…How to break the link between headcount and revenue growth? Or in more simple terms, how to deliver more for less.  Current data show that vendors are developing a two-pronged solution to the problem.

1. The first step in addressing the issue of delivering more for less is hiring the right mix of talent and skill sets. Obviously this is easier said than done, but careful analysis of current needs and future expansion plans permits managers to develop  a ”lean” workforce with the skill sets to get the job done efficiently. It should be noted that the vendors with low cost resources are the ones still showing higher profit margins and overall profitability

IT delivery providers are approaching the issue of improving revenue growth even with reduced headcounts from different perspectives and with differing strategies. As of 2012, providers with large low cost headcounts still have the highest profit margins, but this advantage is likely to erode over time, especially as higher cost headcount providers emerge from the slowdown lean, mean and highly focused on customer needs.