Outsourcing, Insourcing: Should Government Have a Role? 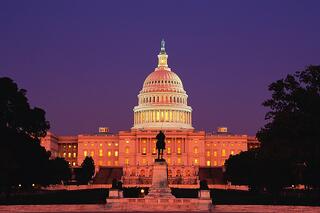 President Obama's forum on "Insourcing American Jobs" this week didn't seem to generate a lot of brouhaha – perhaps the media and online commenters were too busy covering the birth of The Most Important Baby in the History of Mankind,  or this or this. But it fired up a couple of conversations I've had with the friends and enemies who still argue political issues with me.

Creating jobs for the people who live in the United States is an excellent idea. Most Americans, like most people everywhere, need a job. And the idea of trying to persuade businesses to set up in the US is certainly, in principle, a fine idea. Whether it makes financial sense is of course the big question for businesses, and that's not a subject I have the intelligence to delve into (although that doesn't mean I won't touch it in the future).

The angle that I find really interesting – and this is what I was discussing with someone last night – is the role of government in all this, whether government should have some say in outsourcing or insourcing, offshoring or onshoring. It's not a new debate, but it has really taken on new heat during this time of very high unemployment in the USA.

The friend I was discussing this with believes government should have absolutely no role in what business does. His objection was not to Obama encouraging companies to insource – or outsource domestically, if you will. What bugged him was Obama working on a policy of tax incentives for companies that insource. This, he thinks, is government interference in the natural order of enterprise.

I am not here to bore you with my half-baked political or social views. I am really here to ask a question: What should the government's role, if any, be in developing an environment that benefits or promotes sourcing? Or, contrarily, hinders sourcing?

Let's look at two fundamental things any business involved in IT sourcing needs: Some kind of infrastructure, and educated, capable workers. I was reminded about infrastructure this week when S&P released a report saying that Colombia's poor infrastructure is stifling the country's productivity and ability to grow economically. Now, people who've been involved with Colombia's IT services community will tell you that the country has made incredible strides and that because of the talent there, outsourcing in Colombia can be a good plan.

But would outsourcing results be even better, would service providers be even more effective, if the country's physical and telecomm infrastructure were improved? And who pays for that improvement?

Even more crucial is the education and training of a sourcing country's people. As has been argued many, many times, the US is losing high-tech jobs because it doesn't have enough people with the skills to do the work efficiently. This is sometimes cited as the reason some US businesses outsource rather than insource. Meanwhile, locations outside the States, like Monterrey, are growing from an IT development perspective because of the universities there.

Education is where government can be most helpful and influential in determining the success of a country's IT sourcing efforts, if you ask me. My friend thinks American education is so crummy that it's time for private enterprise to take it over. I must say I could not agree with that, although grant that projects like IT companies setting up innovation/education sites is a good idea.

Call me a socialist if you like, but it seems to me that we're all in this together – that business working with the government to improve not just business results but the lives of the citizenry is the way to go. Private/public partnerships have worked in many countries that have raised up a thriving IT services industry. To put it all on the shoulders of one entity sounds to me kind of like excessive single-sourcing.

But I don't mean to preach. My goal here is to try to get some discussion and debate going. Do you think government should do anything that might affect outsourcing or insourcing? Is a hands-off policy best? Have you been involved in a partnership with a public agency? And how did it work out? I'd love to hear your perspective. As always, comments are encouraged. None will be subject to government regulation.