While outsourcing buyers still rank the same three factors in selecting a provider in 2012 as they did in 2009, a number of new technology capabilities which were not on buyers’ radar screens in 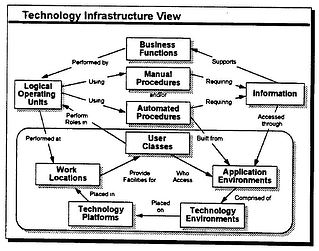 2009 have become important to provider selection.

As revealed by the findings of a recent IDC webinar, ““The Pulse of Outsourcing Q4 2012,” the three most important factors in outsourcing provider selection in 2012 – full range of IT and business process services, proven record of delivering on SLAs (service level agreements) and costs, and financial stability – are ranked the same as they were in 2009.

However, the percentages of respondents citing a full range of IT and business process services and a proven record of delivering on SLAs and costs were much lower in 2012 than 2009, while the percentage selecting financial stability slightly increased. More interesting is the appearance of several new factors selected by significant percentages of respondents in 2012 that did not appear in the 2009 IDC survey of BPO buyers.

Analytics, Social, Mobile Take Outsourcing by Storm
Industry expertise, ranked fourth in 2012, did not appear in the 2009 survey results. This factor is not specifically linked to technology. But business analytics, coming in sixth after strong reputation as a provider (which dropped significantly in importance from 2009), was not mentioned in 2009 and relies on the use of advanced technology.

Furthermore, expertise in social media and portfolio of mobility capabilities both made debut appearances in 2012 survey results. Meanwhile, other traditional outsourcing factors such as use of a balanced scorecard dropped substantially in popularity between 2009 and 2012. Clearly, in three short years outsourcing buyers have rapidly adopted new technologies such as mobile, social and business analytics and now expect their outsourcing providers to have competence with them.

ITO, BPO Services Converge
It is also interesting to note the survey did not just focus on ITO service buyers but also on BPO service buyers, demonstrating that business processes of all types increasingly rest on an IT foundation and the traditional boundaries between BPO and ITO are blurring. A significant drop in the percentage of respondents selecting focus on a discrete area of networking as an important provider selection factor in 2012 compared to 2009 reinforces this notion. A smaller but notable drop in the importance of providers having global delivery capabilities (including low-cost locations) likely reflects the fact that buyers are now more interested in software platforms that can automate processes, which can be located anywhere and inherently offer global delivery scale.

Somewhat counterintuitively, two new technology-related provider selection factors: having a portfolio that includes newer methods of delivery (such as SaaS and cloud computing) and Web portals to engage in monitoring of business and technical services, are notably less popular in 2012 than they were in 2009. However, IDC analysis suggests that buyers now simply either expect cloud delivery capabilities and/or are looking to “pure play” cloud services providers. This would also automatically take care of services monitoring. Outsourcing buyers have spoken, now it is time to look for providers who are listening.