Of Presidents and IT Outsourcing 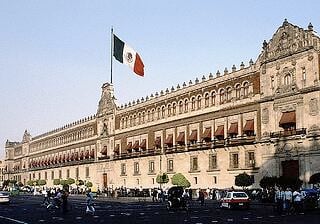 Obama has scored headlines and maybe some political points with his calling out Mitt Romney's outsourcing of U.S. jobs to China and India while an executive at Bain Capital. Obama has hit the outsourcing theme hard a few times in the past year, and in January even held a summit to proclaim the awesomeness of "Insourcing American Jobs."

But it's just talk, bluster. Obama has no more intention of affecting the outsourcing policies of U.S. corporations than he does of getting the insurance companies out of the healthcare business. First clue? Obama's "Jobs Czar" – bestowed with the task of manufacturing more jobs within the U.S. – is Jeffrey Immelt, probably better known as the top boss of GE. GE is known as an outsourcing pioneer. And although GE has indeed started to bring some IT jobs back to the States, don't expect the conglomerate to suddenly decide that outsourcing is not paying dividends. And don't expect Obama to push any agenda that will curtail or otherwise affect outsourcing policies.

Meanwhile, newly elected Enrique Peña Nieto could do a world of good for his country's IT and BPO industries – or at least try. He appears to at least recognize the importance of Mexico's tech sector. As Softtek vice president Alejandro Camino told Nearshore Americas:

“Nieto was the only candidate who really approached the IT community. He went to the IBM campus in Guadalajara and held a meeting, listened to a lot of the concerns, he seems to be very aware about tech-related constituencies."

If Nieto can convert that awareness into policy, Mexico's software and services industry could benefit nicely. During the Calderon administration, major tech companies like Softtek were invited to work with the legislature on ways to advance crucial domestic industries including IT. Camino said these initiatives will likely continue under the new administration because they have the backing of the congress.

The biggest thing Nieto can do is develop policies that attract investors. His party has a long history of being friendly to business, so it's reasonable to expect he'll embrace that approach. Whether he can convince foreign investors that the country is safe enough to invest in even more is another question. There are, you know, some perception problems out there. Nieto has said he'll bring in a tough cop from Colombia and take other measures to fight the criminal cartels.

The most important positive factor for now is that Mexico's next president has shown he recognizes that an IT industry is essential, and that Mexico's IT industry faces challenges he might be able to help with. Let's hope it's not that thing politicians dole out with ease: lip service. Because a friend in the presidential palace would be a good step forward.