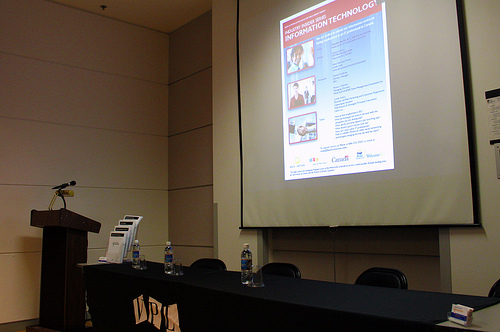 The recently released Bureau of Labor Statistics October jobs report showed that the IT sector added an impressive 12,500 jobs for the month, up from losing 1,700 jobs in September. This means that IT jobs accounted for almost 8 percent of the 171,000 jobs added to the U.S. economy in October.

Most industry analysts were not surprised by the strong job numbers. They had already discounted September’s poor numbers as a one-time even related to seasonal factors. According to David Foote, CEO at Foote Partners, "This October rebound in IT job creation is exactly what we predicted last month in our analysis of the September BLS jobs report.”

Analysts including Foote had pointed out that the weak September numbers resulted from nervousness related to the presidential campaign rhetoric surrounding the end of the Bush era tax cuts in January. They argued that this plus end-of-the-year fiscal planning activity at the start of the final calendar quarter caused many companies to step back and rethink their hiring plans.

Any way you look at it, the IT sector has shown impressive strength throughout 2012. The IT industry has added an average of 9,600 jobs per month this year, even with the -1,700 in September. Putting October’s strong performance in perspective, adding 12,500 jobs is a 23 percent improvement from the 9,600 12-month trailing average.

Given that the trade association Tech America also just released a report mirroring the BLS data released this week, pointing to 3.3 percent job growth rate in the industry to date in 2012, there can be little argument that the tech sector is currently one of the bright spots of the still-recovering U.S. economy.

The Tech America report highlighted that U.S. tech industry jobs hit the 6 million mark at the end of June, and has added over 200,000 jobs over the last 18 months. The IT services industry was singled out for its exceptional two-year run of sustained growth.

Backing up the strong current and anticipated future growth in the IT industry in his press release, Foote also commented, “This was not just a reversal of September's dip, but a big statement that demand for IT professionals is unquestioned.”

One of the reasons that the tech industry (and the IT services industry in specific) continue to show relative resilience in the face of the long-running economic downturn is the fact that new tech start ups have been cropping up everywhere from Dayton, Ohio to Greensboro, North Carolina, to Austin, Texas.

A new joint study by the Bay Area Council Economic Institute, a nonpartisan research organization, and Engine Advocacy, a group studying policy issues facing tech startups, shows that over 70 percent of counties across the U.S. had one or more high-tech startups based there in 2009, and that high-tech startup creation has held steady during the recession, which makes it a source of strength in an economy where startups have decreased by an average of nearly 20% across the board (from 650,000 in 2007 to 500,000 in 2010). The report also pointed out that tech industry private sector employment is expected to grow by 16 percent over the next eight years, compared to just 12.8 percent for all industries.