Not Predictions... But Things to Think About for 2012

By this time of year, you are perhaps tired of reading predictions for the year ahead. Besides, there's no way I can top these. But I would like to mention a few themes or shifts in the IT planet that might be of interest to anyone involved in technology outsourcing, things that are going to be an important part of the tech ecosystem and the enterprise world in general.

And since the ancient Mayan calendar apparently did not predict Doomsday, we are all still going to have to keep up with what's going on. 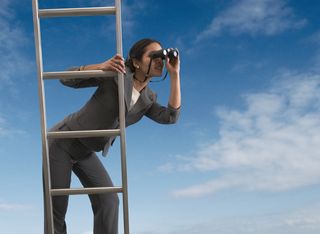 Happy mobile developers. It's accepted that demand for mobile apps will keep heating up – one forecast says the market will be worth $16 billion by the year after next – and that means those people who can write these apps will be even more popular. They are also going to be expecting to be paid more. The staffing firm Robert Half Technology says starting salaries for mobile app devs will jump 9 percent in 2012 (that means $85K to $122K in the U.S.). Whether a comparable increase will take place in the nearshore is not clear, but customers can probably expect to see the labor rates for tablet and smartphone apps increase. And it's safe to say that software companies had better keep their good mobile developers happy... or see them mobilize elsewhere.

Mobile BI. Business intelligence services are becoming more popular – worth $300 million in Brazil alone last year, according to IDC – but what companies want even more are "lighter" data-discovery tools. They want SAP solutions, for example, on their mobile devices. They want to be able to equip their sales people with data analysis tools – and not just report generators – that they can use anywhere, anytime.

HTML 5. As pointed out in this column at Dr. Dobb's, the venerable software development publication, this new rendition of the web specification has not yet resulted in a flood of new web applications, and v. 5 does not magically make building web applications suddenly easy. But one of its targets is presenting multimedia on small, mobile devices, like smartphones. Companies outsourcing development and design are going to look for provider teams that are up to snuff with HTML 5, especially since Adobe abandoned Flash.

Cloud security. Hey, have you heard how more businesses are going to be using cloud services in the years ahead? But you have also heard how concerns over security issues are going to keep some businesses from jumping to cloud services. Fear and danger always mean opportunity for someone, and developers that can devise better ways to protect data will not lack for customers. Meanwhile, as with any form of IT security, everyone needs to gather their best minds together before embarking on any significant use of the cloud and compile and adhere to best practices.

Beware of bandwidth. As Peter Wayner reminds developers in this article "11 Programming Trends to Watch," there is a movement toward crimping the Internet pipes. Although the optimistic assumption has been that bandwidth would keep getting cheaper, and access greater, the opposite is happening, "thanks to more and more ISPs adding bandwidth caps and metering." This will have an affect on delivery of apps via the cloud, for one. Software developers need to remember to optimize their code with tighter or more expensive connections in mind.

Now, if you're looking for some real predictions that go further out on a limb and further out in time, check these out. If one of them turns out to be true, in 18 years from now, you won't have to read posts like this. You can instead have them streamed directly into your cortex.