In recent weeks, various media outlets have been talking about the popularisation of NFTs, due to the fact that a digital artist, known as Beeple, has sold one of his artworks for $69 million.

In the wake of this sale, a number of experts are questioning the impact that the use of NFTs could have on the cryptocurrency movement, as this new method of encrypting digital files could be the method that makes cryptocurrencies palpable to the average human being. Put another way, platforms that sell NFTs generally need to use cryptocurrencies for any movement.

Generally, NFTs are being used to authenticate works of art and other types of collectibles as well. For example, Twitter co-founder Jack Dorsey is selling his first tweet as an NFT in a charity auction. Thus, the buyer of an NFT will not necessarily acquire the copyright, although this is possible.

Since the 2010s, NFTs have existed, but did not become widespread until 2017 through a site, called CryptoKitties, which allowed people to buy limited edition digital cats with cryptocurrencies.  By 2020, the market grew by 299% and was valued at $250 million. As a result, and due to recent events in 2021, including the charity auction, NFT sales have skyrocketed. 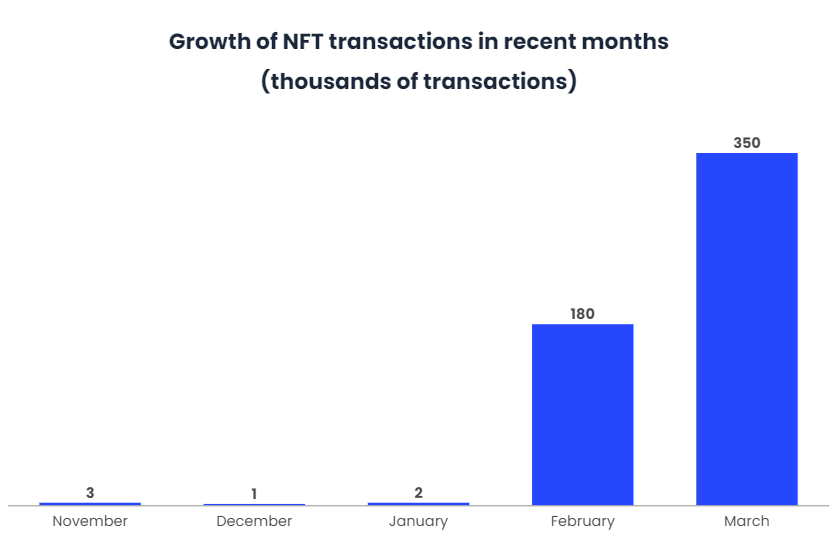 What is an NFT?

An NFT is a non-fungible token, a Blockchain-verified asset, where a network of computers records transactions and provides buyers with proof of authenticity and ownership. NFCs thus make digital works unique and therefore saleable. Some known digital forms of NFTs include jpg, pdf, gif, videos and tweets. Currently, a small minority of NFTs are digital records of properties of an actual physical object.

So, when an NFT is created the owner has the digital rights to resell the digital asset. In addition, the creator can programme how the digital asset is used, i.e. in which media it can appear or where it can be sold. However, the fundamental advantage for the creator is that there are no more intermediaries in the sale of his creation.

Basically, it is similar to a contract, which is drawn up using bits of open source code, and which is used to protect the digital asset. Once the code is written, it is permanently published on a token via Blockchain, such as Ethereum.

Also, the non-fungible aspect means that each NFT is unique, so they represent unique things, similar to a piece of real estate or a ticket to a show with the seat assigned to a single user. And in addition to the property of being unique, they are stored on the Blockchain, thus giving them indisputable authenticity.

Thus, the main features include:

Currently, there are three Blockchain where NFTs are built: Ethereum, Dapper Lab’s Flow and Polkadot. This technology can be bought and sold on Open Sea, Rarible and Nifty Gateway, always running on Ethereum.

For a buyer of digital assets, having a unique and secure certificate of authenticity is of enormous value, as the ability to forge documents and information on the internet is very easy. Thus, the use of NFT provides security to the buyer.

Also, being a non-fungible token, this technology contains unique information, which makes it different from any other NFT, with a very simple verification facility. All this contributes to rendering the creation of counterfeit assets and their subsequent circulation in the market useless.

Each NFT can be traced back to its origin or creator, as the code of an NFT carries the form of its creator, giving the possibility to authenticate the token on any browser or platform. It is a decentralised verification method that does not require any entity to host the NFT.

Among other things, NFTs can be encrypted to allow the creator to receive a percentage of money each time the token is exchanged. Typically, the creator can receive between 2.5 and 10% of the sale price.

A final beneficial aspect is that NFT is not dependent on third party platforms as it is based on Blockchain. However, for now, there is a dependency of this technology on the marketplaces where NFTs are created and acquired.

Obviously, the main adversity faced by NFTs is their instability in the market, similar to what cryptocurrencies have suffered in recent years. NFTs are experiencing great growth in recent months, but there is still room for improvement in their implementation.

From an environmental perspective, the system for conducting cryptocurrency and NFT transactions is unsustainable. For example, one cryptocurrency transaction is equivalent to the energy consumption of more than 500,000 VISA transactions. In the case of NFTs, this consumption is worse due to their unique characteristics, their transactions require energy of around 340 kilowatts and an emission of 211 kg of CO2.

This environmental problem has its origin in the algorithm created to run cryptocurrencies and this type of Blockchain. The algorithm is known as proof-of-work (PoW) and was purposely created to be computationally inefficient in order to be more secure.

In parallel, there are two security risks: first, that someone tries to create an NFT for a digital asset that is not theirs and, second, that the content purchased through an NFT is stored on a server and can be deleted.

Finally, the encryption of the NFT directs to the source of the digital asset, which is usually an internet URL or an IPFS hash. On the negative side, this means that if the company has a problem, the token would most likely lose its value, as it would not lead to any source or website.

How are they different from cryptocurrencies?

To understand what NFTs are and how they work, it is important to understand the difference with cryptocurrencies. Bitcoins, and all other cryptocurrencies, are fungible tokens similar to traditional currencies, they can be divided into smaller parts and one dollar is equal to another dollar, just as the value of one bitcoin is equal to the value of another bitcoin. So herein lies the difference, as an NFT is a unique digital asset and does not have a value similar to another NFT. No two NFTs are the same.

The relationship between the two is that the value of an NFT is based on the supply and demand for it, and it is generally acquired, bought or resold using cryptocurrencies.

Should one invest in NFTs?

As usual, investing in new and alternative markets always involves risk and, most likely, less initial reward than money invested in equities, for example. The NFT market is currently very unstable, even though it is growing rapidly, as it is largely a speculative market.

Currently, it is expected to behave similarly to the cryptocurrency market in recent years. For example, today a bitcoin costs around 50,000 dollars, while a year ago it was worth less than 10,000 dollars.

Also, it should be considered that most of the current platforms selling NFT are small companies, and probably, in a few years these will no longer exist. On the contrary, some of these companies are receiving very large investments, as is the case of OpenSea, which has recently received an investment of 23 million dollars to strengthen and consolidate its position in the NFT market. As a result, users who have NFts sold through this company have more security for their digital assets.

NFTs are likely to endure in the market in a similar way to cryptocurrencies. Right now, they are yet another example of a technology that has made a strong impact on the digital asset market, but with the difference that they bring with them important benefits in the area of verification and authentication of the origin and creator, adding real value to the asset.

The first use that has been made of this type of technology is the credentials that a digital work belongs to the artist who created it, but brands can also start to use NFTs as a marketing strategy. For example, Taco Bell has debuted its NFTacoBell collection. Through 5 taco-inspired artwork gifts that were sold for one dollar through Rarible, Taco Bell earns 0.1% of each resale of the tacos, to be donated to their foundation. The resale of the NFTs reached over $3,000. In addition, the first purchasers of the NFTs were also rewarded with a year’s free Taco Bell.

Finally, there are also major competitors to the companies involved in generating this type of technology. Facebook is working to launch its own blockchain and cryptocurrency platform, Facebook Diem, which has the potential to be the most energy-efficient blockchain available.