Opponents of offshore BPO often cite the supposed dangers it poses to the economic health and general security of the US. However, at least in the case of nearshoring, BPO can actually serve as a 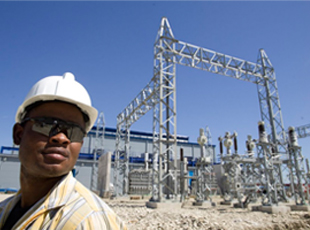 catalyst for improved security and economic strength for not just the US, but the entire Americas region.

Consider the plight of Haiti, a close geographical neighbor of the US and one of the world’s most destitute countries even before the debilitating earthquake of 2010. As reported by Nearshore Americas, the Invest in Haiti Forum, sponsored by the Inter-American Development Bank, which was held in Port-au-Prince at the end of November 2011, stressed the availability of Haiti’s workforce for offshore and nearshore CRM outsourcing services. Haiti’s nearshore advantages include strong English and French proficiency and low labor and real estate costs.

Beyond serving a humanitarian purpose in helping to create a desperately needed business economy, locating nearshore BPO services in Haiti can also help develop political stability in a country notorious for brutal dictatorships, government corruption, and civil unrest. The US has had to militarily intervene in Haiti several times to deal with severe political strife, and a vibrant nearshore BPO industry would go a long way to bringing the kind of peace and prosperity which quells unrest, ultimately increasing the political stability of our entire geographical region.

Nearshore Americas has also highlighted the largely untapped BPO potential held by other historically impoverished and troubled nations in the Americas region, such as Jamaica.

Opponents of nearshoring should keep in mind that poverty and lack of economic opportunity have been critical factors in the rise of autocratic, communist- and socialist-oriented regimes in nearby countries including Cuba, Venezuela, and Nicaragua, all with substantial negative impact on US and regional security. US companies are in a great position to help develop thriving capitalist democracies that promote the general welfare of their citizens and broader security of the Americas.

In terms of boosting the economic strength of both the US and the greater Americas region, by infusing desperately-needed cash into poor Latin American and Caribbean nations, the US can in turn create an entirely new export market. For example, according to the Office of the United States Trade Representative, the US runs a $14 billion trade surplus with Brazil and $4 billion trade surplus with Argentina, two leading nearshore BPO destinations.

While nearshore BPO can hardly be called the sole source of economic prosperity for these countries, nearshoring and foreign direct investment by US firms has certainly aided their economic improvement, which in turn feeds a demand for consumer goods and big-ticket technology items that in many cases must be procured from the US or other foreign provider.

By helping to create strong economies in countries like Haiti and Jamaica, which have no significant domestic manufacturing or R&D infrastructure, the US in turn creates a ready-made consumer base for our goods and services.

Nearshore BPO is not a magic solution to the many economic and sociopolitical issues the US and its geographic neighbors face today, but neither is it a demon responsible for woes largely stemming from broader global problems. Properly applied, nearshore BPO can be a “win-win” for both customer and provider. How many business transactions can you actually say that about?