Nearshore vs China: Not So Obvious Anymore 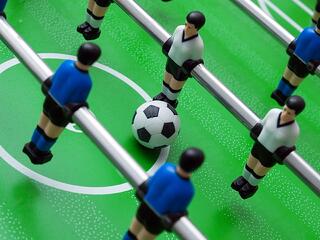 The Nearshore region is typically dismissed as not being competitive with big and mighty China when it comes to IT outsourcing. (Or India either, but that's another story.) The common perception is that it's pretty much like a New York Yankees vs. Baltimore Orioles situation. Or in other words, not much competition between the two.

But a new analysis shows that it's not that black-and-white, and that IT buyers who automatically assume China is automatically always the better deal are making a mistake. My colleague Dan Berthiaume recently compared Latin America and China as IT outsourcing destinations using 10 important measuring sticks. What he found might surprise some people.

Okay, things like the nearshore's time-zone advantage won't surprise anyone. And even with some Latin American countries having insufficient numbers of IT professionals proficient with business English, it is still better than what you are likely to find in China (although with many Chinese showing a great interest in learning English, this is going to change). In terms of cultural affinity – which many outsourcing clients and experts have come to believe is very significant – Latin America wins.

China has "a decided edge" when it comes to human capital, due partially to the humongous size of its available workforce. Check out the findings of the IT Competitiveness Index here. And the same study also finds that China has made big advances in IT infrastructure, with rapidly growing numbers of (censored) Internet users and access to (censored) broadband. Mexico, though, ranks the same as China, and Chile scores about 10 places higher. Everest Group, in a recent study, categorized China as a "mature location" that is "an attractive proposition" for servicing clients in Asia. Everest also applauds the government's investments in making the services industry more competitive.

Stability is a key feature for outsourcing clients, and here Berthiaume surprised me by calling it a tie between Latin America and China. But I guess if you're looking at it from an unbiased businessperson's viewpoint, China's government does seem to have things under control, to put it politely. Nevertheless, they don't seem to be applying the same strict measures to protection of other country's intellectual property (well, unless maybe its Apple devices). So, on this measure, the Nearshore – which has made good strides in this respect – wins.

Cost. Well, okay, for the most part, this is automatically assumed to be China's winning hand, with costs 60 to 70% lower than US cities. However, it's not always that simple if you factor in travel costs. Add in that factor and it's a win for the Nearshore. Then again, if you don't need to actually go to where the work is being done, then China, even with rising labor costs, is going to be more attractive. I'd say the cost edge depends on the context.

At the end of his evaluation, Berthiaume sees the Nearshore region winning in most categories but concludes that "Latin America should be seen as a legitimate rival to China for even highly complex IT outsourcing contracts. He smartly advises US companies to consider both regions.

And the equation will get only more complex if rural sourcing in the USA picks up steam. Several locations like Arkansas and Texas are setting up IT services businesses to compete with offshore locations. I'm doing some research now on this topic and will write more about it in the next month or two. Things just get more complex, don't they?

And keep in mind that the Orioles do sometimes defeat the Yankees.