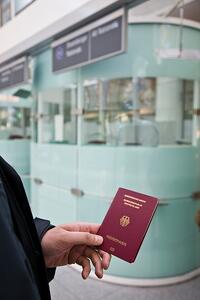 Nearly half of the top 50 venture-funded businesses in the United States were started up by people who were not born in the United States, a new study reveals. A famous case would be Sergey Brin, of Moscow and then Google. This trend has been brewing for a while: Between 1990 and 2005, 25 percent of venture-funded companies had an immigrant founder, according to a study by the National Venture Capital Association.

Of those top 50, 38 of them (or 76 percent) had at least one immigrant in a key management spot, usually with a title of chief technology officer, VP of engineering, or CEO, says the National Foundation for American Policy in a new briefing. Many of the companies provide tech-related products or services, although none you could call outsourcing companies.

"If there is one overarching theme among these top 50 venture-backed companies it is how combining foreign-born and native-born talent creates a win-win situation that creates jobs and important innovations," says the author of the NFAP report.

The subject of foreign-born talent had come up about a week before while talking to Steve Tobocman, author of a study called Global Detroit, done for the New Economy Initiative, which aims to bring IT service jobs to Motor City and Michigan. Tobocman says the area has access to plenty of tech talent in the form of immigrant students who come to study science and engineering at Michigan State or other schools in the area. "It's a highly successful, better educated class, they create more patents," he says. "There's plenty of talent for companies to include the area as part of their nearshore strategy."

Tobocman says the state is working on a plan to retain these scientific and engineering minds, because there are indeed benefits. "The average immigrant high-tech entrepreneur starts a business within 13 years of getting here," he says.

So, if it's true, that adding the right foreign-born talent to the local culture can lead to new companies and new products and possibly even innovation, then someone should do something to encourage more of it. I'm not just talking about importing smart software designers and scientists and so on into the US. I think it should go a bunch of different ways: nearshore countries making it easier for the tech community to bring in new talent.

Some time last year I suggested a modest proposal that Brazil, with its chronic need for IT professionals to keep up with boom times there, should lighten up its immigration laws so that unemployed US developers could relocate to Brazil and help fill the open jobs. So far no calls from the Dilma administration. As it is now, most Latin American countries do not exactly encourage immigration of IT professionals. Now, I'm not suggesting countries implement big immigration reforms because what do I know about immigration? And besides, who would listen?

What I'm proposing is a Nearshore program featuring a bunch of exchange programs, country-to-country, whereby Brazil could import Cobol programmers from the US, or Peru might bring in Java developers from Mexico. How long people could stay, whether they'd become citizens or have some kind of supervisa, I don't know. Minor details.

The idea is to, at minimum, enable a country to meet its labor requirements for IT and BPO services. To enable people with valuable skills to emigrate to a place they might rather be. And ultimately, ideally, cross-pollinate cultures and backgrounds and different ways of thinking, the hope being that it would lead to new ways of doing things, including better ways to deliver IT services.