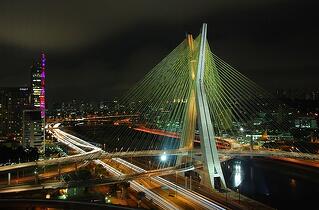 What is it about "best-of" lists? Except for the occasional cranky person, most of us love them, even when we disagree with them. I mean, I'm still outraged at some of the rankings on Rolling Stone's recent 100 Greatest Guitarists of All Time list, but I'm also still talking about it with friends who are music-obsessed. (The incomparable Frank Zappa all the way down at #45??? Really, Rolling Stone?)

But that's what these lists are for: to get people talking. Now we have another one to discuss. Strategic advisory firm Tholons has just released its latest annual list of Top 100 Outsourcing Destinations.

The most noticeable thing about this year's rankings is that the Nearshore region as an IT outsourcing and BPO location comes out looking pretty good; very good, even. Improvements are still needed, the Tholon global advisors say, but they highlight the fact that remarkable progress has been made. Nearly a quarter of the top 100 destinations are in Latin America, "which proves how the entire region is realizing and intensifying its capabilities in delivering IT-BPO services. Latin America has been showcasing its capabilities as a key outsourcing destination for multilingual BPO services, as well as select KPO and ITO processes."

As a result, the report says, almost two-thirds of the Nearshore cities analyzed moved upward in the ratings this year. At #13 on the list, Latin America's best city for outsourcing is São Paulo, Tholon says. Buenos Aires and San Jose (Costa Rica) follow closely, at #15 and #18. San Jose jumped up seven spots this year due by "capitalizing on its technical delivery capabilities" to attract some very large corporations and induce major expansion by some big players already there.

Two Colombian cities, Bogota and Medellin, moved up even more places – nine and eight, respectively, to being rated as #55 and #60 in the world. Both locations, the analysts say, did so by delivering "a broad spectrum of IT-BPO services to the international market." They also say the government has adhered to strict security policies that have resulted in a "more conducive business environment" and perhaps even more important, better perceptions of the safety situation.

Good news and bad news for Mexico. Mexico City slipped down a notch to #39 due to "prevailing negative security conditions," but Tholon says Monterrey and Guadalajara benefited because the work that fled or avoided Mexico City came to them. They each advanced a spot to #41 and #47, respectively.

The improvements in Latin American rankings are due mainly to two factors, Tholon says: the countries improving their IT outsourcing and BPO capabilities, and attracting foreign investment in both equity and companies moving in to set up business.

But of course the region "still possesses challenges that need time and focused strategies to be addressed." São Paulo, for example, is "held back by increasing labor costs." Argentina's problematic fiscal conditions include one of the highest inflation rates in the world. Likewise Uruguay. Brazil, Mexico, and Argentina (can't catch a break, can you?) "need to address internal risk concerns [on the] social, economic, and political fronts" or lose momentum, Tholon says. That will lead to outsourcing clients instead choosing "upstart destinations such as Peru and smaller nations in Central America."

Tholon's bottom-line on the Nearshore region can be captured with one word: "vitality." There's no doubt, they conclude, that Latin America "will be one of the more, if not the most, promising service delivery cluster in the world in the near-term." That kind of praise might make Nearshore advocates a little uncomfortable – remember how everyone was sure Brazil was going to win the 2010 World Cup? – so maybe the best thing to do is celebrate the improved rankings for a few minutes, then get back to solving those national challenges.

And I still say Zappa belongs in the top 5.