Nearshore ITO Customers Should Focus on Knowledge before Price

The popular perception of companies that outsource jobs is that of organizations totally obsessed with saving every penny possible, sending jobs offshore if even minimal savings result. Of course that is not the reality, as a recent op-ed column from a rather surprising source demonstrates. 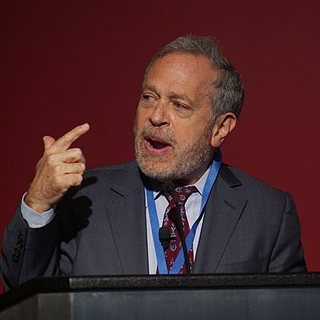 Robert Reich, former Secretary of Labor under President Bill Clinton, is a confirmed Democrat,
and these days especially Democrats are not typically friends of outsourcing. Even many Republicans are targeting the “evils” of the practice. But in a column published in newspapers across the country by Tribune Media Services, Reich takes both Barack Obama and Mitt Romney to task for accusing each other of promoting outsourcing.

Reich goes on to explain that modern American businesses participate in a world economy where companies are “global networks that design, make, buy and sell things wherever around the world it’s most profitable for them to do so.”

And most profitable doesn’t always mean cheapest. As Reich points out, Apple employs many Chinese contractors to assemble iPhones who receive wages equal to or even higher than those of comparable US workers. Why? “Put simply, America isn’t educating enough of our people well enough to get American-based companies to do more of their high-value-added work here,” Reich concludes, and he backs up this provocative statement with figures on how poorly US students do in math and science compared to students in places like China.

What It Means for Nearshore ITO
Reich goes on to recommend how the US can become more competitive by investing in education and focusing on job creation. That is not really the focus of this column, and I’m also not trying to bash US workers. But Reich’s words get to the heart of modern outsourcing, which is obtaining the best outcomes. And especially in a knowledge-intensive field like ITO, the best outcomes are tied to the skill and expertise of workers at least as much and probably more than they are tied to base cost.

Nearshore ITO will not always be the best solution for every IT project, and sometimes it will make more sense to keep a project in-house or within the US borders. But companies evaluating nearshore ITO providers should be aware that the region offers the services of highly sophisticated and trained IT professionals.

For example, Latin American nations make up about one-quarter of the 2012 list of Top 100 outsourcing locations compiled by global outsourcing research/advisory firm Tholons. “We view Latin America as the next important outsourcing destination globally,” Tholons President for Research Manuel Ravago said in an interview with BPO Outcomes. “The world will soon realize Latin America can do more than speak Spanish.”

As a more specific example, Colombia has enacted a program called "Transformacion Productivia," which acknowledges IT-BPO as a key growth activity. This effort includes a widescale focus on more effective training and capacity-building programs for its KPO (knowledge process outsourcing) and ITO segments.

And as pointed out in a December 2011 Nearshore Americas article, many nearshore IT providers are adopting leading-edge agile development methodologies. Agile encourages short cycles, adaption and embraces the concept that requirements will change. In addition, the methodology places a strong emphasis on team dynamics, especially face-to-face communications. As opposed to the culture of Indian software developers, which is heavily focused on waiting for orders, the culture of Latin American developers is closer to that of North America and Europe, where innovation and independence are prized.

So when examining sourcing options for your next major IT project, remember the importance of knowledge, and remember that a high degree of knowledge can be found in Latin America.