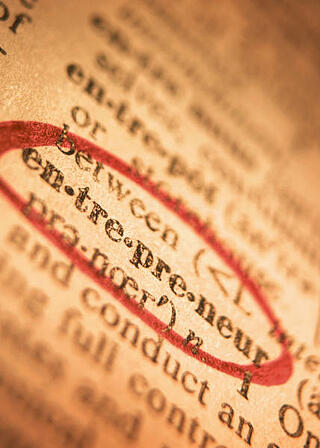 Mexico City’s Expo Santa Fe Center is holding the fourth annual “Campus Party Mexico”, a showcase for technology entrepreneurs that allows them to show off their talents and network with possible investors. The big event, which is being held this week until August 4, has drawn 8,000 people from 20 countries, with former US astronaut Buzz Aldrin scheduled as a speaker.

During the event, young business people have access to representatives from the world’s biggest technology brands, some of whom are looking to recruit talented developers among Mexico’s thriving hacker and gaming community.

This year investors are taking a more active role, providing specific advice to about 100 hardware, software, and services startups. The investors, who are mostly from the United States and Mexico, are able to advise young entrepreneurs as to what sectors are more likely to receive seed funding.

The event began in 1997 in Spain as a local gathering of geeks, and has grown to include annual events in Valencia, Sao Paulo, and Bogota. In Mexico City, Campus Party has morphed into a massive conference that includes free courses on social media and ecommerce for small and mid-sized companies (known in Mexico by the acronym “PyMEs”). The internet backbone for the conference supports blistering speeds of 20GB a second supported by 37 miles of cable.

Clearly, Mexico is putting itself on the map with regard to creating a culture that supports entrepreneurship, and that places technology at the center of the story. The country has a National Institute of the Entrepreneur (Instituto Nacional del Emprendedor, also known as INADEM), which includes funding programs for entrepreneurs and PyMEs.

The World Bank, via its International Finance Corporation and in association with the Instituto PYME, supports the sophisticated “SME Toolkit”, which includes workshops, courses, and support programs for entrepreneurs. Last year the Bank estimated that 82,600 young entrepreneurs had received training via 2,345 workshops.

There is support specific to Mexico City, too, with a program for young entrepreneurs that includes a variety of tools, including assistance in developing business plans.

But, as is true everywhere in the world, there are challenges. Recent data from Mexico’s National Employment and Occupation Survey, (Encuesta Nacional de Ocupación y Empleo, or “ENOE”) indicate that 76% of Mexican employers lack access to bank loans, with high interest a significant barrier. To get around that, 83.6% business people reported that they rely on credit from suppliers. And the first quarter of 2013 was a tough one for entrepreneurs in Mexico, with 117,393 business people claiming that they were unemployed as a result of the closure or failure of their business, an uptick of 10,178 people, or 9.5%, from the same period in 2012. All in all, 28 businesses are failing daily.

That sounds dire, but it only tells part of the story; in fact, starting a new business in Mexico is now easier than it has ever been, and there are new registrations every day. The World Bank notes, for example, that Mexico has been outperforming the global average for “ease of doing business” since 2003, and that innovative initiatives across the country are making a real difference. For example, Mexico City’s Tuempresa, launched in 2009, is now processing over 100 new business registrations a month, which is about 7% of the total.

Broad and ongoing reform at the state and local level is making it easier for young entrepreneurs to set up shop on Mexico, and web-based technology is providing a boost by cutting through red tape and reducing corruption.

The irony is that Mexico’s business community has low risk tolerance, which in turn creates macro-economic problems. However, this is clearly changing, with young entrepreneurs embracing technology and new funding models – something that bodes well for Mexico’s long-term economic prospects.