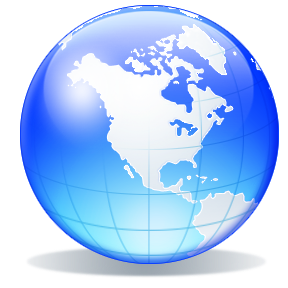 Twenty years ago, during the debate regarding the relative merits of the North American Free Trade Agreement (NAFTA), independent US presidential candidate Ross Perot warned of the “giant sucking sound” of American jobs going south.

After the agreement came into effect on January 1, 1994, Mexico saw increased foreign investment in the manufacturing sector, but that didn’t reduce employment in Canada and the United States. In fact, most economists believe that NAFTA has resulted in an overall boost in economic activity in all three countries, with increases in trade, GDP, and employment opportunity.

As with any trade agreement, there have been disputes, but the integration of trade has been such a success that there is now talk of how the three countries can increase cooperation. That said, adopting a single currency, dubbed the Amero, has almost no political support, and neither does an allowance for the free flow of labor – though increased restrictions on intra-country mobility would seem like a move backward.

In effect, bigger steps can’t occur until further trust is built. This is precisely what Jose Antonio Meade, Mexico’s Secretary of Foreign Affairs, is suggesting. In fact, during his recent trip to Canada he made a very public declaration that “current conditions are favorable to the expansion of the relationship.”

Antonio Meade appears to see Canada as an important interlocutor in the trilateral relationship. In an open letter to the Canadian public, he noted that “Mexico traded more goods with Canada than it did with Great Britain or Japan, and four and a half times what Brazil did.” He also emphasized that more than 1.6 million Canadians visit Mexico annually, and that Canada is fourth as a source of foreign direct investment in Mexico.

Central to Antonio Meade’s message are Mexico’s structural reforms in education and telecommunications, suggesting that ongoing institutional and economic transformation in Mexico argues for a more strategic relationship that would include closer cooperation on a range of issues.

This is a remarkably dovish approach to Canada, given that the northern country imposed stricter visa requirements and entry restrictions on Mexican nationals in 2009, supposedly to stem asylum claims. Canada is also upset over Mexico’s partial ban on Canadian beef, a hangover from the mad cow crisis many years ago.

Mexico has made a direct appeal to Canada to eliminate the visa requirement.  It would seem to be in Canada’s best interest: before the visa restrictions 200,000 Mexicans visited Canada every year, and that number has now dropped to 130,000.

As it stands, the United States has border security agreements with both Mexico and Canada. However, there is no continent-wide approach. Recent revelations that former President Felipe Calderon may have allowed the United States’ security apparatus to tap phones and computers in Mexico has created a great stir in the Mexican press, yet likely won’t slow down movement toward better policy integration among the three NAFTA partners. And Mexico has reason to be confident as it expands discussions with Canada and the United States on their ongoing partnership: recent economic data show that in May Mexico’s economy expanded more than it has in the past six months. This is good news, particularly given that the growth estimate for 2013 is 3.1%, down from 3.9% in 2012.

Bright spots were the industrial sector, which rose 1.39% month-over-month, and the services sector, which posted a modest gain after a contraction during the previous month. With industrial output the strongest it’s been in almost a year, it is understandable that Foreign Secretary Antonio Meade can speak with such confidence with regard to trilateral relations in North America. If NAFTA has shown us anything, it’s that Canada and the United States need Mexico as much as Mexico needs its northern neighbors.