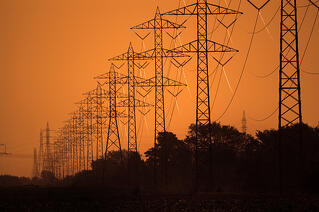 There has been a lot of buzz in the United States, Europe, and parts of Asia regarding the coming “smart grid”, in which a nation’s electrical grid is sophisticated enough to allow not only for power feed-ins from distributed sources, but also for intelligent device management.

Latin America, however – which has many remote regions and, in places, an antiquated grid – rarely makes headlines when it comes to the smart grid.  Mexico is an exception of sorts: smart grid research firm Zpryme expects Mexico’s smart grid technology market to grow to $7.42 billion in 2020, up from $1.23 billion in 2012.

The challenges in Mexico are not only technological. The country’s energy sector is mandated by the Federal Electricity Commission (Comisión Federal de Electricidad or CFE) to be federally owned. As a result, controls are in place to limit private and foreign involvement. This complicates the participation of foreign wind and solar companies, though Mexico’s high level of solar insolation (i.e. the amount of solar radiation reaching the earth’s surface) has resulted in some big projects, with foreign firms partnering with Mexican agencies and companies.

Mexico’s subsidies for residential consumers can have a silver lining for both economic growth and technological innovation. In the coming years with the “Internet of things” many – if not all – appliances will be able to function as smart devices, and to do that you need an affordable smart grid. Mexico is in a position to make that a reality, something that bodes well for innovation and improved productivity.

As it stands, Zpryme’s forecast of a projected compound annual growth rate (CAGR) of 25% in Mexico’s smart grid, along with plans to modernize the system, will offer a boost to second and third tier technology providers offering support to nearshore clients. Having smaller cities with the ability to host a world-class electrical infrastructure will provide employment opportunity and economic growth to areas that are often challenged by a wobbly grid prone to outages.

Part of the transformation will come as Mexico allows more participants into the energy market. Today, private companies can supply power for their own use, a useful and necessary policy that allows for diesel backup generation in remote areas where there are mines and timber camps. And excess power can be sold back to the grid – this is what solar and wind companies are doing – but there are no secondary power buyers: CFE is the only game in town.

We are still waiting to see how Mexico’s energy polices might change in a way that would encourage the development of the smart grid. So far, all eyes have been on Enrique Peña Nieto’s compromise reform of the oil sector, which will allow for foreign investment but not ownership of reserves. However, when it comes to electricity the best guess is that Mexico will engage in test programs that will allow it to evaluate the efficacy of new technologies and, perhaps, an alternate governance model.

Reform would result in access to funding from other sources, and accelerate the growth of the smart grid, but it isn’t of much worth unless businesses and consumers are brought along to participate in the growth. Ironically, industry subsidies can make it uneconomical for private energy companies to invest, though CFE has shown a willingness to select private solutions, such as Elster’s EneryAxis for metering.

In fact, metering is the smart grid’s “low hanging fruit” – it doesn’t disrupt the economic model, and lays the groundwork for modernization and advanced energy storage solutions. It also positions Mexico as a country with the infrastructure to support connected devices, which will provide a significant boost to country’s capabilities not only as a nearshore provider, but also within the context of an emerging domestic market with a growing middle class.