New industries might borrow from other fields as they work to create an organizational structure for their operations, but once an industry has an established set of norms, it tends to become focused on improving existing processes rather than innovation. This often leads to an insularity that will only be overcome when the industry reaches a critical mass of maturity and recognizes the need for the innovation resulting from new perspectives. With more than three decades under its belt, the software testing industry is just now really coming of age, and there are encouraging signs that outside perspectives are now being actively sought out.

The demand for new apps of all sorts continues to grow rapidly, especially mobile, gaming and leisure apps, and the software testing industry is hard pressed to keep up with the flow of new software from developers. This has led to a string of quality control issues, as well as bottlenecks in development and product release delays, which in turn has prompted software testing execs to revisit their processes.

Less Testing of Apps for Security

One strategy software producers have been employing to save time on software testing is to not spend much time testing for security.  The recent World Quality Report from Capgemini, Hewlett-Packard and Sogeti surveyed 1500 CIOs/IT directors, and 64% reported their software testing processes focused mainly on performance, 48% mainly on functionality, and only 18% mainly on security.

This lack of security testing is even more endemic in the mobile app segment of the industry, where up to two-thirds of respondents admitted that they did not have all the right tools for testing 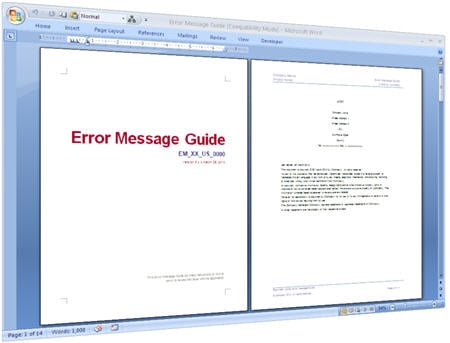 mobile apps. Beyond this, 59% of those surveyed characterized their internal QA department’s knowledge of the latest testing tools and technologies as "average.” This lack of QA for mobile programming is a significant and potentially major problem given the ubiquity of mobile devices today.

One definite conclusion emerging from this industry-wide self-analysis is that the perspective of someone outside of the IT industry can be very valuable. A growing number of companies are hiring a range of new employees from outside of the software testing industry, or even outside the IT industry altogether, because of the insights they bring to the process and the product.

Derek Ang, CEO of Morces, a Singapore-based web development company, commented on why he hires non-IT grads for his business. "As a developer, sometimes we are too technically-wired that we forget our software is to be used by everyday people, and overlook some things that my team mates will have to notify me of.”

Another conclusion software testing execs are coming to is that outsourcing specific functions to highly qualified external vendors is worth exploring, both in terms of cost savings and improved process outcomes. Many years of frustrating experience trying to automate testing processes has led many in the industry to conclude that software testing is one of those activities that requires human beings to do right, at least for the next few years.

A recent report from Pierre Audoin Consultants makes clear the magnitude of the trend. According to their survey of medium and large enterprises, software testing is one of the most important tasks for 91% of IT departments, 76% are already using a “blended service delivery” model (utilizing both local and offshore or nearshore testing services), and the vast majority believes that outsourcing of software testing is crucial to their operations. Furthermore, according to outsourcing industry analyst Nelson Hall, the global software testing services market was $8.4 billion in 2011, and will average 9% growth a year from 2013 to 2018.