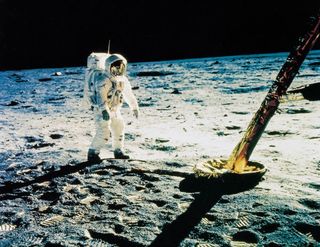 Back until the 1970s, the men who supplied the talent for Major League Baseball games – even though their production could not be replaced with outsourcing or automation – had no say in  pay or labor conditions. Old-timers where I grew up used to talk about a local guy, the best player they'd ever seen, who turned down a chance to play pro ball because he could support his family better as an insurance salesman. Thirty years later, after a landmark legal case, things were much different for his nephew, a multimillion-dollar shortstop named Cal Ripken Jr.

Team owners apparently didn't anticipate the curveball of a massive and fundamental change in how talent would be treated and compensated. Are people in the IT services industry looking out for curves that will affect how they engage and manage technology talent?

Are outsourcing companies, and software developers particularly – which rely on talent as much as professional baseball does (just much less expensive talent) – thinking ten or even five years down the road?

They should take some time to do so, because according to a new report from Taleo Research.
unstoppable forces are going to change talent management practices within the next decade.

"Talent is now a required strategic asset. Key changes in the future include a continued blurring of the line between inside and outside talent that will result in an expansion of the talent management scope."

The report doesn't talk much about outsourcing directly as part of this blurring, but it certainly is. Telios does mention things like Mechanical Turk and TopCoder – which are essentially talent-sourcing services. Taking advantage of outside knowledge like that can "reduce costs, solve otherwise intractable issues, and increase organizational agility in lean times," Taleo says.

Other examples of this engaging external help are company sites where customers can share info and help solve each other's problems and things like Dell's IdeaStorm where the public is asked to suggest new products, programs, and such.

Organizations "will be able to tap into global pools of talent, not just through full-time employees, but through contractors, consultants, and freelance experts who bid on speciﬁc projects."

Businesses that rely on knowledge workers are also going to be expected to provide them with a certain level of technology to which they've become accustomed, the report says. These workers, especially the ones who've grown up with high-speed and mobile access, are going to demand good tools to do their jobs, develop and maintain professional connections, find information, and tap into expertise to get their work done.

Keep that in mind when planning your IT budgets. No lousy gear. (Or this could happen.)

Another factor Taleo mentions is more nebulous but potentially could have more effect on day-to-day staff management, and that is a sense of "personal empowerment." Telios says there's been a "dramatic increase" due to tech advances. "In vast swaths of our personal lives, intermediaries have been eliminated or relegated to the sidelines, enabling individuals to take more direct control over their affairs, whether through online banking, online investing, travel planning, or consumer purchases."

While that's true, the question is how much this plays on the job. There's no doubt that your sharpest workers – your best software developers, for example – want "more direct control" of a project. But I'm not sure that's a result of hardware and software improvements. It's because of the type of people they are. Creative coders want control, but they also want problems to solve and want to do things their way and they want some autonomy. They often have their quirks. These individual characteristics and resulting expectations will remain the biggest curveball that talent managers will face.

Outsourcing providers and customers are always dealing with curveballs, but the ones thrown by talent are so crucial because, as the Taleo researchers put it, "People are the greatest creator of value."