Lessons for Outsourcers from Luis Aparicio 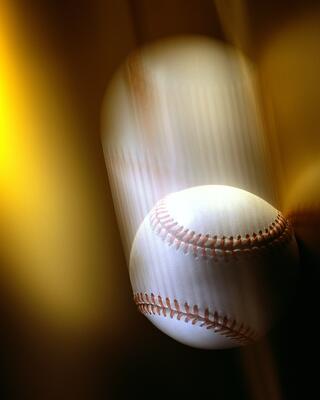 The connection between professional baseball and the Nearshore region is a long and valuable one. Major League organizations have been outsourcing much of their player development to the Caribbean and Central and South America for decades, and today many teams sponsor baseball academies in lucrative talent spots like the Dominican Republic.

I started thinking about baseball and Nearshore IT sourcing the other day after talking to a fellow fan about shortstops. We were discussing the height/weight/size factor. Is it better for a shortstop to be a smaller guy, about the size of your average college professor, or a taller guy with some heft?

You can pick from two of the greatest shortstops in baseball history (and two of the best overall players as well) to make either case. Representing the little-guy team is Luis Aparicio. Making the case for a big shortstop, Cal Ripken Jr. "Little Louis" is listed in the books as 5 feet 9 inches. Ripken: Six feet four, and about 50 pounds heavier.

Ok, so, the connection with nearshore IT sourcing?

Luis Ernesto Aparicio Montiel was from Maracaibo, Venezuela, the son of a local baseball legend. He signed a major league contract with the Chicago White Sox at the age of 19 and the rest is Hall of Fame history.

As a young new player from a foreign country, Luis faced difficulties that IT services providers trying to crack the U.S. or global market can relate to. And none of them had anything to do with his stellar abilities.

First was the language barrier. Not being able to communicate with everyone around him was enough to make him want to give up and go back home. Learning English suddenly was as essential as his baseball skills. Luis never seemed confident speaking to American reporters, but you could see on the field that he could talk to and kid around with his teammates.

Then there was his size, or lack of it. When the Cleveland Indians first considered signing Aparicio, the general manager, baseball great Hank Greenberg, thought Luis was too small to play in the big leagues and rejected him. The White Sox thought his talent outweighed his size, and after two years in the minors, he was named the American League's Rookie of the Year (the first Latin American player to win that honor). For many seasons on, he would prove that you don't have to be big to be really good.

Agility is critical. A shortstop must be able to react instantaneously, pivot on a split second, snag a ball traveling a hundred miles an hour, while simultaneously keeping an eye on everything else going on inside the field. A great shortstop like Aparicio – often called "acrobatic" – could not only anticipate where a hit ball might go, he could counter-react if he anticipated wrongly. His defensive skills are legendary, and he has one of the highest fielding percentages in history. (Watch a few plays here.)

Never get too confident. In 1962, Aparicio showed up for spring training on the overweight side, and then had an inferior season. The White Sox reduced his salary for the next year, and as outsourcing partners sometimes do, Aparicio asked to sever the relationship. They traded him to the Baltimore Orioles. Apparently Luis learned something from the humbling experience. That year his fielding percentage was nearly perfect (which would be like a software tester never missing an error), and he stole more bases than anyone else. Speed and agility!

The Orioles, a scrappy workingman's club with a small budget, proved that teamwork can compensate for many organizational shortcomings. The O's defense, with Aparicio at its core, was the best in either league, and it hinged heavily on the infielders' agility, accuracy, split-second timing, and uncanny ability to communicate with each other. That's part of the reason they beat the mighty LA Dodgers in the 1966 World Series, a team that featured Sandy Koufax and Don Drysdale.

That would be kind of like a small but nimble Nearshore IT provider snatching a deal out from under, say, Accenture or IBM.