Leadership, adapting to change and nearshoring - interview with Softtek CEO 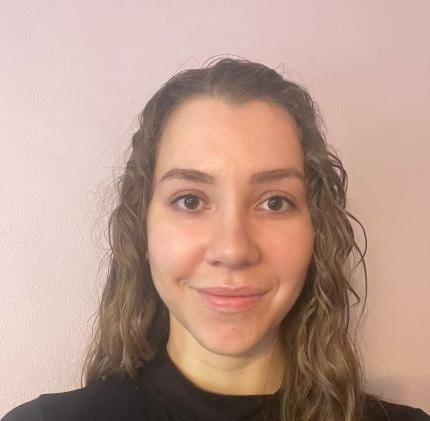 It is a breath of fresh air to see a woman dominate in her field. There is no better example of that than Softtek’s own president and CEO, Blanca Treviño. Blanca has been with the company since it was a mere startup and has watched and guided the organization to grow into a digital empire, serving more than 400 large companies in over 20 countries around the world. She is known for her civic engagement and commitment to the global promotion of IT services in Latin America. Blanca is an incredible leader and an inspiring example for those of us inside Softtek and in the industry at large.

The Georgetown Americas Institute invited Blanca to have a sit-down conversation to hear some of her professional and personal stories of how Softtek came to be and where it is headed. It was an engaging conversation that allowed us to see a more personal side of Softtek.

Muni Jensen, political analyst, journalist, advisor and the host of this chat, recognized Blanca as a trailblazer for women in tech and entrepreneurship in Mexico and in the world. But besides being an example for young women, how else is she helping to break that glass ceiling? Blanca affirmed the large demand for IT professionals in today’s market and what a disservice it would be to not leverage talent regardless of fixed characteristics. Blanca has participated in countless forums sharing her experience and inviting other women to do the same.

“It’s changing because the demand for IT professionals is there, and we shouldn’t pay attention to gender or anything else—it's just about the talent.”

In the companies where Softtek has a presence Blanca has seen that shift and credits, to an extent, Covid. With so many shifting to home office, many women have had the opportunity to take care of their families while working and saving time on commute.

The company keeps growing each year which means adapting to market changes, Muni asked, “What is Softtek doing to keep up?” Blanca responded by saying Softtek is evolving its current services and helping organizations in their digital transformation.

“Before it was about offering effective and reliable operations; today’s market has shifted to wanting more competitive services.” She went on to say that although Softtek has global operations and capacities, each office provides local flavor and personalization to support the local market and its needs.

A Look At The Past

To appreciate where you are now it’s important to remember the past, so Blanca took Muni down memory lane. The company started in the mid 80’s in Mexico and at that time IT companies were not “a thing.” The founders knew they had a great idea, but because they didn’t have the funds, they had to get creative in convincing people to join. They decided to offer shares which turned out to be a great idea! “It was a very ambitious vision; it was a bold statement because from the very beginning we established that we were going to be a global company.” It was a commitment that couldn’t be taken back and although they faced many challenges, that mentality is what has shaped Softtek into the company it is today.

The culture formed by the initial shareholders was one based on values and inclusion. Because the company has many different partners it was important to take into consideration their cultures and perspectives to ensure respect and integrity was at the forefront of the business model.

Muni joked that Softtek was global before the term globalization was popular in Latin America so, how did Softtek navigate the obstacles and opportunities that globalization brought? Blanca said that when the company started it wasn’t difficult to promote themselves as a global company because of their strategy of going about opening operations in different countries. “We would send one or two people from Softtek to that country and we would approach universities and clients by understanding their culture because it is different to conduct business in India versus Brazil.” Blanca mentioned it was important for them to leverage their global capabilities because it generated a positive response from their clients and partners.

The world has gone through a transformative period because of the Covid-19 pandemic. Muni asked, “How did that affect Softtek’s day-to-day operations and what other challenges has the company experienced?” According to Blanca, when the company first started their greatest challenge was lack of funds. Because Softtek is a service company it was difficult to receive investments from others because they didn’t have any physical assets. Blanca also discussed the challenges of positioning in other countries and achieving an understanding that they competed against large organizations.

Fast forward to 2021, and the issue that “keeps Blanca awake at night” is the ability to attract quality talent. Currently Softtek is made up of 15,000 amazing Softtekians, but there are still 1,000 open positions. Clients don’t care where the professionals are located because the demand for IT services is so high. “Today people receive so many offers and opportunities and when you don’t have the chance to work close with them and have them understand the amazing culture we have constructed, it’s harder to explain what we offer as a company,” she said.

Over the past 30 years the relationship Softtek has with governments has changed. Blanca said during some periods the government fosters the industry and provides support by offering development banks. Then there is another perspective where the government is a client, as Blanca cited governments are among the largest consumers of IT services.

Softtek has helped the Latin American and Mexican government understand the potential of the IT industry. For a very long time Latin America was viewed as a manufacturer and not as a service provider, so it was important to support these countries and have them recognize the opportunity and jobs that could be created related to tech. The relationship has evolved to supporting the Mexican government through its most ambitious projects fostering an overall good relationship.

Nearshore was a term coined by Softtek to express the benefits that vendor-client geopolitical proximity brings to outsourcing services. Blanca said that Softtek knew that when it came to approaching the US market, they had to use different propositioning. They were not able to compete with Indian venders on cost, so they instead leveraged location proximity advantages. “[With nearshore] the market will understand that we have all the advantages of the offshore model, but also leveraging being near and all the advantages that brings.” Blanca added that it was much more than just convenience but overall competitiveness because of the model’s productivity rates.

Leadership is easy when everything is running smooth. It’s when crisis hits that a leader’s true self shines through. Blanca Treviño has led Softtek for 20 years and has shaped the company into a tech giant while reinforcing a strong culture and values. She truly is a force to be reckoned with. 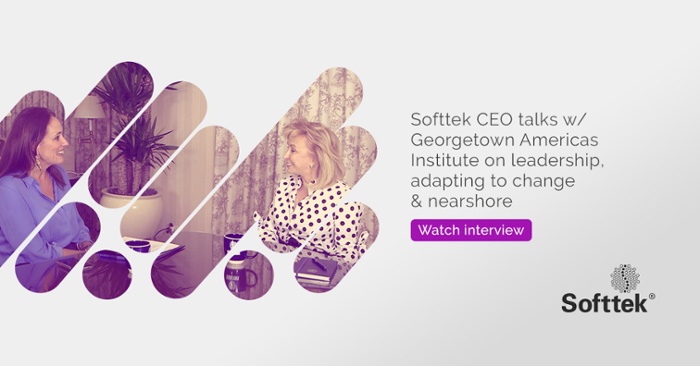