Although the recent trend shows improvement, Latin America continues to lag behind much of the rest of the world in digital literacy rates at just 48%. Not surprisingly, digital literacy rates are especially low in many rural areas. According to the UN's Global Information Technology Report 2013, the reasons for Latin America's laggard status are three-fold. "Although the region is vast and heterogeneous, three shared reasons for this lag can be identified: these countries all exhibit an insufficient investment in developing their ICT infrastructure, a weak skill base in the population because of poor educational systems that hinder society’s capacity to make an effective use of these technologies, and unfavorable business conditions that do not support the spur of entrepreneurship and innovation." 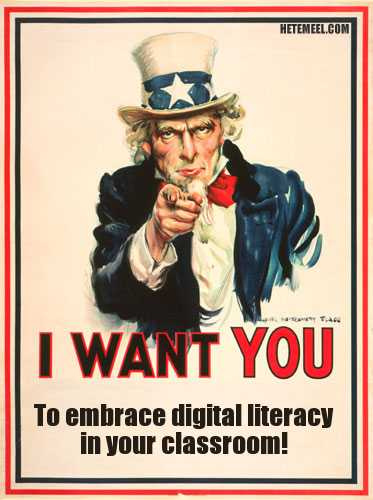 Experts and policy analysts point out that that Latin America lags all other parts of the globe except Africa in information and communication technology infrastructure, and that this deficit poses a significant challenge for future development, particularly education. Some countries, notably Brazil, Chile and Peru have taken significant strides in terms of ICT infrastructure development in the last few years. Others, including Belize and Bolivia, continue to fall further behind. ICT infrastructure is critical in enabling remote education, which most experts agree is the single most important factor in bridging the digital divide.

A number of digital literacy-related initiatives have been rolled out by both national governments and international organizations in several Latin American countries over the last few years. The UN has recently begun a program encouraging computer literacy and empowerment among rural Latin American women. Brazil has also launched an ambitious  program designed to provide low-cost Internet service to 70% of the nation's population by the end of 2014. Panama's government has also had a program to provide free Internet access to the poor in place for several years, and Chile, Uruguay and Argentina each have their own version of a "notebook for every child" programs that have given away over two million laptop computers.