One of the hottest global technology and business trends is toward delivering “everything-as-a-service”. Latin America is figuring prominently in this trend, with enterprises across the region moving to off-set their capital and operational expenditures by shifting services to the cloud. The advantages are a one-to-many approach, in which organizations only pay for what they use, which can then drive efficiencies and, crucially, enhance business agility. 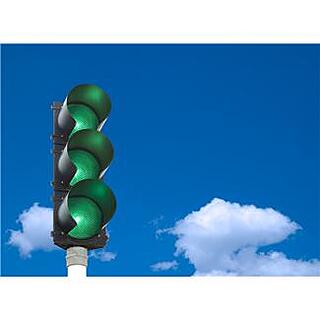 Specifically, by conducting “a bottoms-up and tops-down approach in calculating market value and market share by using both local (country) and regional resources” IDC is seeing upticks in collaboration suites, CRM, and security. The phenomenon is widespread, with service models moving beyond testing and development to include applications, storage, as well as business processes previously kept in house.

The pricing model has appeal to Latin American businesses which, like businesses everywhere, cannot always access the capital for large outlays. And why would they want to? Money is more expensive in many Latin American countries than in the United States, with businesses often hamstrung by higher interest rates.

But tight monetary policy hasn’t slowed growth in Latin America, and may in fact be a driver for the “everything-as-a-service” trend.  When expanding economies are also capital-constrained, cloud services can be a very appealing model. As Ed Anderson, research director at Gartner, wrote recently after announcing that the public cloud services market will grow to $131 billion worldwide in 2013, an 18.5% surge: “IT services providers...want to capitalize on the high growth of these regions, particularly [in] Latin America.”

In Latin America, Gartner has seen the most significant growth rates for cloud-based services in Argentina, Mexico and Brazil. To date, the highest profile use case scenarios for public cloud services have been in development and testing, but we should begin to see more examples of workloads related to production systems. According to Anderson, "Evidence of this growth is found in the increasing demand for cloud services from end-user organizations, met by an increased supply of cloud services from suppliers."

Overall, the demand for cloud-based services – whether for business processes, applications, infrastructure, or management and security – will be powerfully informed by Latin America’s participation in global “Mega Trends”, among them a growing middle class, urbanization and improved connectivity.

Analyst firm Frost & Sullivan recently gave a shout out to these and other trends,  saying that Latin America will see 6.5% growth and a gross domestic product of $15.14 trillion by 2025. Much of that will be driven by changes that are afoot now, with a strong push to make Latin America a connected continent – Frost & Sullivan expects the region to have 1.3 billion connected devices by 2016.

As those devices come online there will be more pressure on organizations to deal with demand spikes, some of which could be overwhelming and hard to predict. As a result the “everything-as-a-service” trend will only get stronger, as will the demand for those companies that can help organizations to migrate to new, cloud-based platforms. From there, it is much easier to have 24/7 support and to ensure that applications are as up-to-date a possible.

With the growth in “everything-as-a-service” Latin American organizations – no matter their location or size – will be able to compete on a global scale, ensuring that the decades ahead will spell ample opportunity for a region with a young population primed for growth.