Latin America’s increasing prominence as a destination for offshore BPO services is clearly illustrated in Gartner’s newly released list of the top 30 countries for offshore services for 2010-2011. Eight Latin American countries, or slightly more than one-quarter of the total list, are 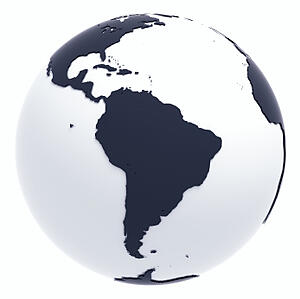 represented: Argentina, Brazil, Chile, Colombia, Costa Rica, Mexico, Panama and Peru. And with Canada leaving the top 30 ranking, for the first time all of the top 30 countries in the Americas region are, in fact, Latin American nations.

Government Support Blooms
One key factor in the advancement of Latin American nations on the top 30 list is growth in government support for outsourcing initiatives. Gartner rates Mexico and Chile as “very good,” while Brazil and Costa Rica earn “good” ratings.

And part of what is enabling increased government outsourcing support in Latin America is a general improvement in governmental stability in the region in recent years. As former President of the Republic of Colombia Mr. Alvaro Uribe explained in his keynote address at last month’s Nearshore Nexus conference in New York, with a few exceptions, Latin American countries now abide by the “rule of law” rather than dictatorships.

“Public indebtedness, defaults and hyperinflation are the province of the past,” he stated. The situation in Brazil has improved enough that it received an “excellent” rating for political and economic environment, up from “very good” in the previous rankings.

Colombia and Peru are both new Latin American entrants, while one Latin American country, Uruguay, fell off the list. However, Gartner advised this was due more to exceptionally strong performance from neighboring countries rather than any significant decline in Uruguay’s value as an outsourcing destination.

The emergence of Latin America as an outsourcing destination can also be viewed as part of a larger shift toward developing nations as BPO delivery centers. Gartner says emerging nations have placed significant emphasis on IT and business process services providing a vehicle for their economic growth, and seven developed countries fell off the most recent Top 30 list: Australia, Canada, Ireland, Israel, New Zealand, Singapore and Spain.

Latin America Must Play to its Strengths
A particular interest by US companies in Latin America as a nearshore BPO destination represents the region’s biggest source of potential clients, but beyond the obvious nearshore benefits of time zone, language and cultural similarities, Latin America must realize and play to its strengths as an outsourcing destination relative to other regions.

Looking at how Gartner evaluates Latin American countries on the list compared to countries in the Asia/Pacific and Europe, Middle East, Africa (EMEA) regions, it becomes clear that Latin America cannot effectively compete on the basis of cost. All countries in Asia/Pacific (including global powerhouses India, China and the Philippines), received an “excellent” or “very good” for cost, except Malaysia, which received a “good” rating. Meanwhile, Mexico was the only Latin American country to receive a “very good” rating, with all others deemed “good” in the area of cost.

However, Latin American nations generally beat Asia/Pacific and EMEA nations in the area of government support (although India, China and the Philippines are all cited for strong government support), and are also globally competitive in the areas of education and labor pool. Latin American BPO providers need to stress these other regional strengths, in addition to the inherent nearshore advantages, in order to give potential clients a full picture of the benefits nearshoring to Latin America can bring. Latin America is coming up in the world and stepping out of the shadow of the United States, and that’s to the benefit of US businesses.