Executives engaged in IT outsourcing (ITO) who are wondering what the new year will bring should expect a continuing increase in cloud adoption and infrastructure as a service (IaaS), as well as an expansion of merger and acquisition (M&A) activity in the provider marketplace. At least 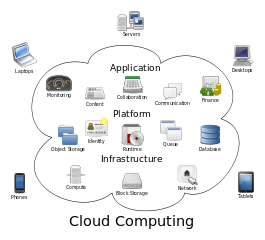 these are the main trends forecast by Everest Group during a recent webinar, “2013 Predictions: State of the Global Services Market.” Each trend is worth examining individually in a bit more detail.

Only 34% have adopted IaaS modules. However, another 48% expect to implement cloud-based infrastructure. More than cost reduction, Everest Group says flexible infrastructure and reducing time to market are the top two drivers for IaaS growth.

M&A Evolves with Times
Everest Group also says that M&A activity in the ITO sector will evolve as the nature of ITO changes, with a new breed of converged ITO service providers emerging as a result. Regulatory compliance (such as healthcare and banking/financial services/insurance regulations as well as EU rules), disruptive technologies (including social media, mobile and cloud) and the need to sustain global growth will drive a new movement toward transformational ITO services.

Rather than try to create these services from scratch, Everest predicts there will be some “interesting marriages” among ITO service providers this year as they attempt to combine different specialties to offer transformational capabilities to their clients.

For example, Everest says multinational corporations, Tier 2 specialists, BPO pure plays, regional majors, cloud providers, product vendors and telcos will all “mix and match” their different offerings through M&A to create new types of services geared toward the rapidly changing wants and needs of IT executives and end users.

Whether your IT shop is leading edge, still relying on UNIX-based mainframes or somewhere in-between, these ITO trends will likely have some impact on you in the coming year. Prepare now to take advantage of what should be some exciting changes in the ITO landscape and also prepare for a smaller number of more innovative providers to choose from.