IT Offshoring Trend to Continue through 2020; But Positions Suitable for Offshoring Shrinking

The number of IT employees at larger businesses continues to decline, but there is an end in sight to the multi-decade trend. According to the Hackett Group, the ongoing decline in U.S. and European IT jobs is directly attributable to offshoring, and is probably going to continue for at least the next several years. That said, the IT offshoring trend will likely dry up over the next 10 years as companies run out of jobs suitable for offshoring to low-cost countries. 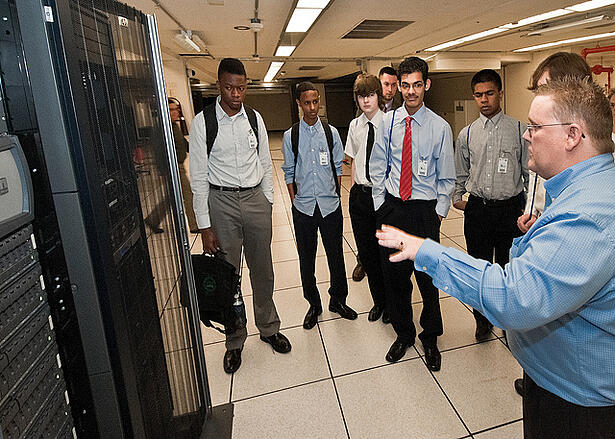 Declining U.S. and European IT Employment

The job numbers speak for themselves. There were 8.2 million IT jobs at the top 4700 U.S, and European firms in 2002. That number has dropped to just under 5 million in 2012, and according to the Hackett Group, the number of jobs in these fields will have decreased to around 4.5 million by 2016.

The large majority of the lost IT jobs over the last few years can be attributed to offshoring because the number of jobs lost because of productivity improvements has been generally offset by the number of new jobs created by continued growth. "The net change is about equal to the decline due to offshoring," explains Erik Dorr, senior enterprise research director at the Hackett Group.

Some of decrease in IT jobs is certainly due a growing number of companies choosing  to buy IT services from cloud providers, and thus requiring fewer IT employees, but much of it is simply finding lower-cost alternatives offshore.

Although employment prospects look bleak for the next several years for many classes of IT employees at larger businesses, there are two positive trends to consider before deciding to change careers.

First, smaller businesses are continuing to hire local IT staff at an increasing rate, and given that small businesses tend to lead the way in economic recoveries, there is good reason to expect this trend to accelerate as the economy improves.

Second, not all IT jobs are suitable for outsourcing, and many larger companies are reaching or have already reached that conclusion. GM's recent decision to reshore the lion's share of their massive IT operations is a perfect example of the nascent onshoring trend.

Most industry analysts, including Hackett, see the GM case as more of a pendulum swinging back to normalcy, as GM had been outsourcing as much as 90% of their IT jobs before this reshoring effort, much higher than the 60% or so average among multinational corporations.

For now, however, GM is the exception rather than the rule. As Michel Janssen, Hackett's chief research officer, points out, offshoring will continue as long as it makes business sense, and companies will keep doing what they need to do to remain globally competitive. But he also points out that as technology evolves and economies develop, there is going to come a time in the not-too-distant future when there are simply very few IT jobs remaining that are suitable for outsourcing.