Is "Unsourcing" the End of Customer Support Outsourcing? 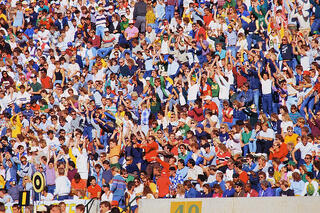 If outsourcing were a person, we should excuse this person for feeling beleaguered. Some days it can seem like outsourcing just can't get a break. There's always talk of some new force like cloud computing or other awesome sauce that's going to make outsourcing better or turn it into something completely different. And it must be discouraging to hear people calling for the end of you.

The latest force du jour is described in a new column by The Economist sci-tech writer who hides behind the name Babbage. Babbage calls this developing trend "unsourcing," which may not be the best name, and in fact the earlier force known as crowdsourcing might be more like it. But never mind. Here's the setup scene as Babbage sees it:

Some of the biggest brands in software, consumer electronics and telecoms have now found a workforce offering expert advice at a fraction of the price of even the cheapest developing nation, who also speak the same language as their customers, and not just in the purely linguistic sense. Because it is their customers themselves.

With "unsourcing," companies establish online communities to provide support for users with technical problems. Customers don't dial a call center in Mumbai or Cibu. Instead, they post a question on the web and happy, knowledgable people (probably in the same country but not necessarily) respond with solutions. This question-and-answer activity might happen on the company's website, or via more social media.

Cost savings is the biggest motivator – as much as 50%, according to Babbage quoting Gartner. He says retailer Best Buy figures its 160,000 experts save it $5 million a year. Babbage notes that in the world of unsourcing, problem solvers are not paid cash. Some are awarded points. A British mobile phone provider gives its help staff rewards that can be applied to their phone bill.

There are some call center situations that unsourcing could not replace. Resolving a billing dispute, for one example. And of course you can't develop software or test applications or handle more sophisticated business processes this way. But it does raise some questions, mainly: Is this the best way to go about lowering expenses? Is it a good idea to turn over something as important as customer interaction to people who don't work for you? I'm not convinced of the "wisdom of crowds" to begin with. It appears to be working for companies like Best Buy and Logitech, but it would be interesting to find out how many customers have been turned off. For every client who got a useful answer, how many left frustrated?

My experience with online forums has shown me that there are many, many well-intentioned people on the web, who are also very smart and can help with common technical problems. But it can be disappointing to parse through hundreds of messages and not find a solution that works for you. What, are my problems so unique? You're left scratching your head, and you got nothing. There needs to be some mechanism for the product or service provider to jump in at that point and deal directly with the customer.

Despite reservations, Babbage says "the prospect of halving support costs is likely to prove tempting for many companies." And he's probably right about that. That could be a bad thing, though. The human interface between business and customer should not be too flimsy or stretched too thin. Fans of your brand are fans of your brand, but they aren't your brand. Unhappy with unsourcing, the dissatisfied customer will go online and grouse about it.