Is This the Future of Software Outsourcing? 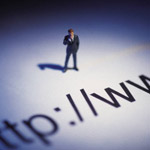 Posting jobs and projects online that people can bid on is not new. But Philip Rosedale, founder of the company that started Second Life, has put a new spin on it. And it's a spin that could have an impact on outsourcing of software development. Actually, what he's come up with is an alternative form of outsourcing, and one that nearshore software providers might find to be a helpful partner rather than yet another competitor.

Rosedale's latest project is called Worklist, an online "marketplace to rapidly build software and websites using a global network of developers, designers and testers." As he explains it in an introductory video, the site is meant to serve as "a community of software developers, software testers, program managers, [and] UI and UX designers who work together in a shared space."

Here, briefly, is how it works: Someone who needs some coding done posts the project on Worklist. A programmer bids for the job, and once chosen, "jumps into the sandbox and starts working," as Rosedale puts it. The code is then reviewed, and when the project runner signs off, the programmer gets paid through Paypal.

In Jim Giles's fine article about Worklist for The Atlantic, Rosedale says that project managers should think of the James Stewart movie Flight of the Phoenix, "in which a plane crash's survivors use ad hoc methods to rebuild their aircraft."

Besides rebuilding or repairing metaphorical aircraft, Worklist can also be used, Rosedale says, to prototype an idea "with agility and speed."

The projects listed on Worklist are not big corporate-style jobs, like outsourcing providers typically take on. Instead, they're bits and pieces of big jobs, like adjusting a button in an app interface, or revising some CSS code. Small jobs indeed, but finding someone to do that kind of work quickly, especially when your own team is buried, can potentially be a real benefit.

And this is how outsourcing companies could take advantage of Worklist, or something like it. Being able to outsource (outoutsource?) a piece of a project could be helpful when time is tight or the team lacks the expertise to tackle one sliver of a job. Of course there are concerns here. You have to be able to trust the person handling the job, and some clients might not like expanding the circle of trust beyond the outsourcing partner.

Right now the list of active projects on Worklist is not exactly long. But it's a relatively new operation, and as champions of nearshoring know, it can take a while for an idea to catch on, even if it's a good one.

And to answer the question in the headline about the future of outsourcing: Probaby not, or at least not entirely. But things like Worklist could certainly have an impact on day-to-day operations of outsourcing providers.