Is IT suffering from the slowdown in Brazil?

It’s no longer big news to note that Brazil is slowing down, its once dynamic economy is no longer climbing aggressively to the sky. This slowdown is having a clear impact on the  local IT industry.  After quite impressive Gross Domestic Production (GDP) growth in 2010 , of 7.5%, the local economy expanded modestly 0.9% last year. For 2013, the International Monetary Fund (IMF) has recently lowered the prediction of growth from 3.5% to 3%, and it would not be surprising if that figure drops again – sometime soon.

IT managers don’t see terribly worried, though, and they see great potential in their industry in the upcoming years. IT has been living in a different, rarified universe the last few years, buoyed by widespread demand for both hardware and all kinds of more complex, cutting edge services. 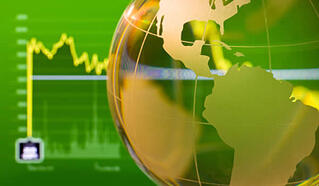 Research done by the auditing and consulting company  Grant Thornton International  shows that companies hosted in the BRIC countries (Brazil, Russia, India and China) consider local infrastructure as the main inhibitor to growth. For 45% of the nearly 13,000 corporate executives surveyed, transportation infrastructure is cited as the biggest barrier for the development of new business in these economies.

When it comes to IT and Communications infrastructure in the BRIC countries, the frustration was also very clear: 47% of executives considered it as a significant problem for their business as well, rising from 19% last year. Indian and Russian businesspeople are the most worried, with 64% and 63% of disapproval, respectively, while in Brazil the ‘frustration figure” for ICT was 36%.

For the country as a whole, there are big plans to develop local infrastructure, including transportation and ICT capabilities, before the mega-sports events of 2014 (World Cup) and 2016 (Olympic Games).

According to a CIO from a local company that prefers not to be named, IT companies are vying to win a lucrative piece of these massive projects – opportunities that are not likely to return to the current generation of professional Brazilians.

"It is a once in a lifetime opportunity for the country to expand the local infrastructure in many terms, and to build the road that will allow it to grow in the future", he said. “And that is mandatory for IT players as well. There are lots to be done.”

So, to put it simply and respond to the headline above: IT is definitely not suffering. As long as IT remains a vital component to the life and legacy of Brazil – things will continue to look promising.